I'm about to make several important cuts in the model, for the detachable wings and horizontal stabilizer. So, I'm switching to an overall white color for some renders, as it gives a clearer indication of the shapes. Here's what we've got so far. 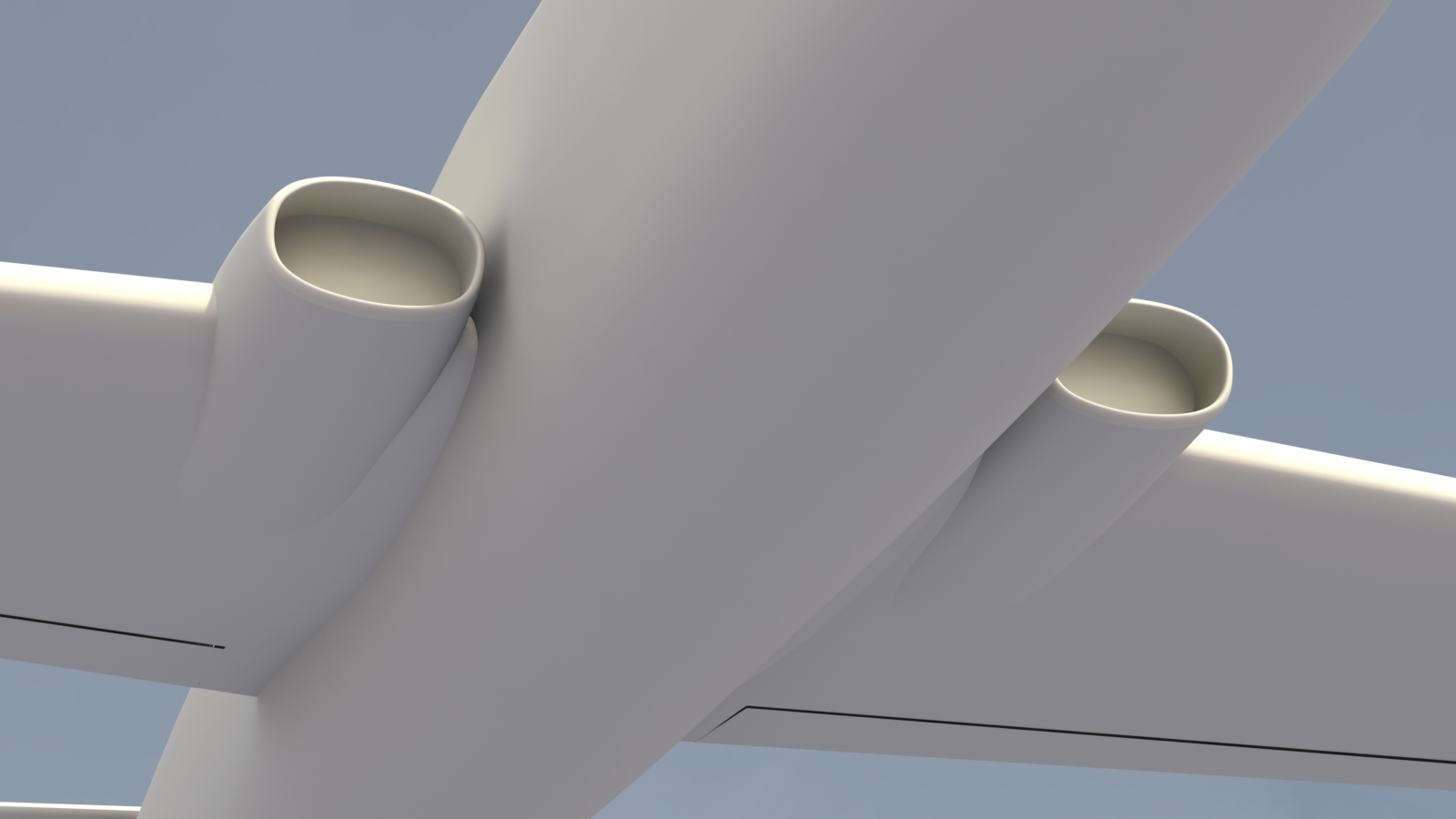 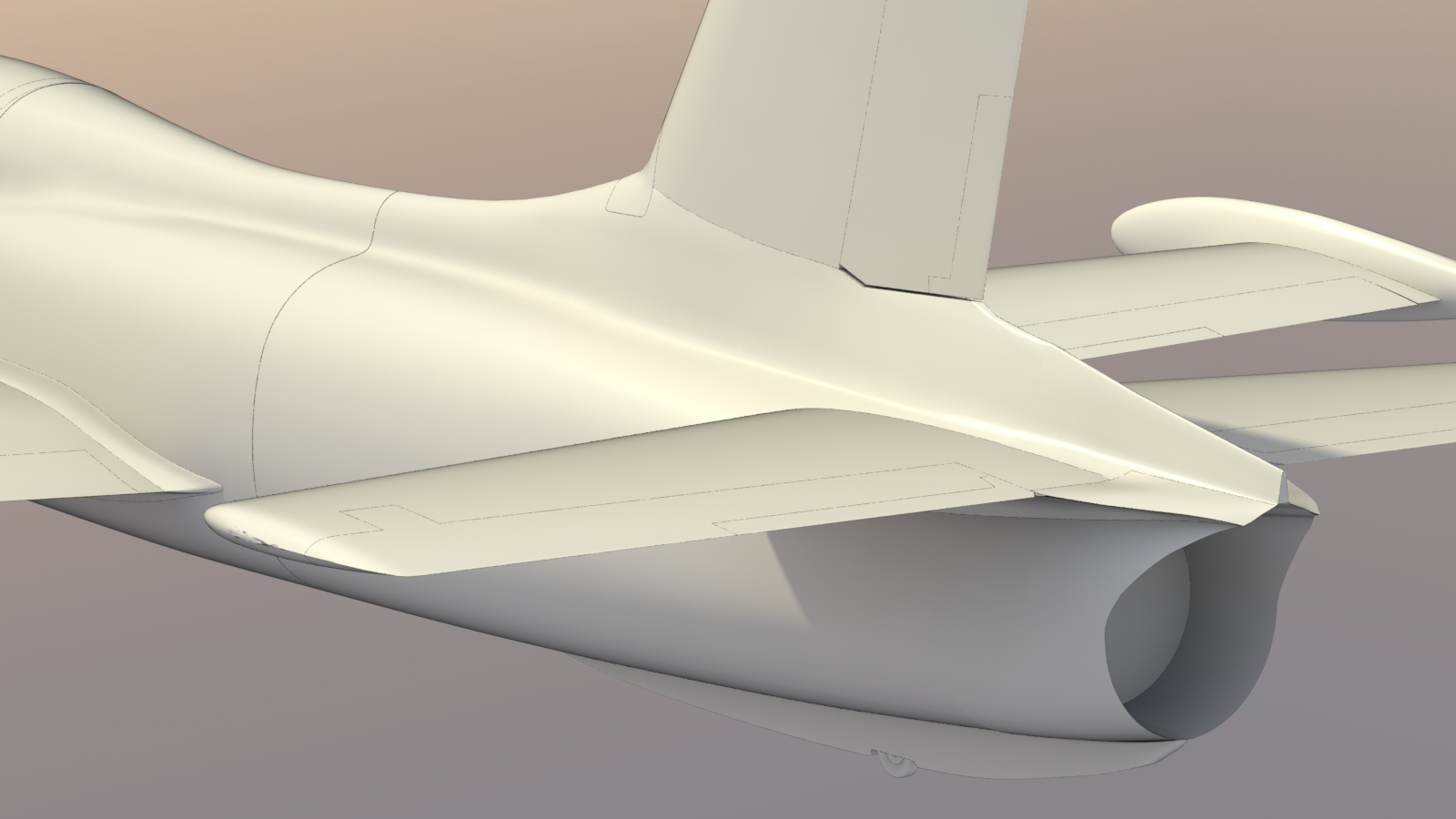 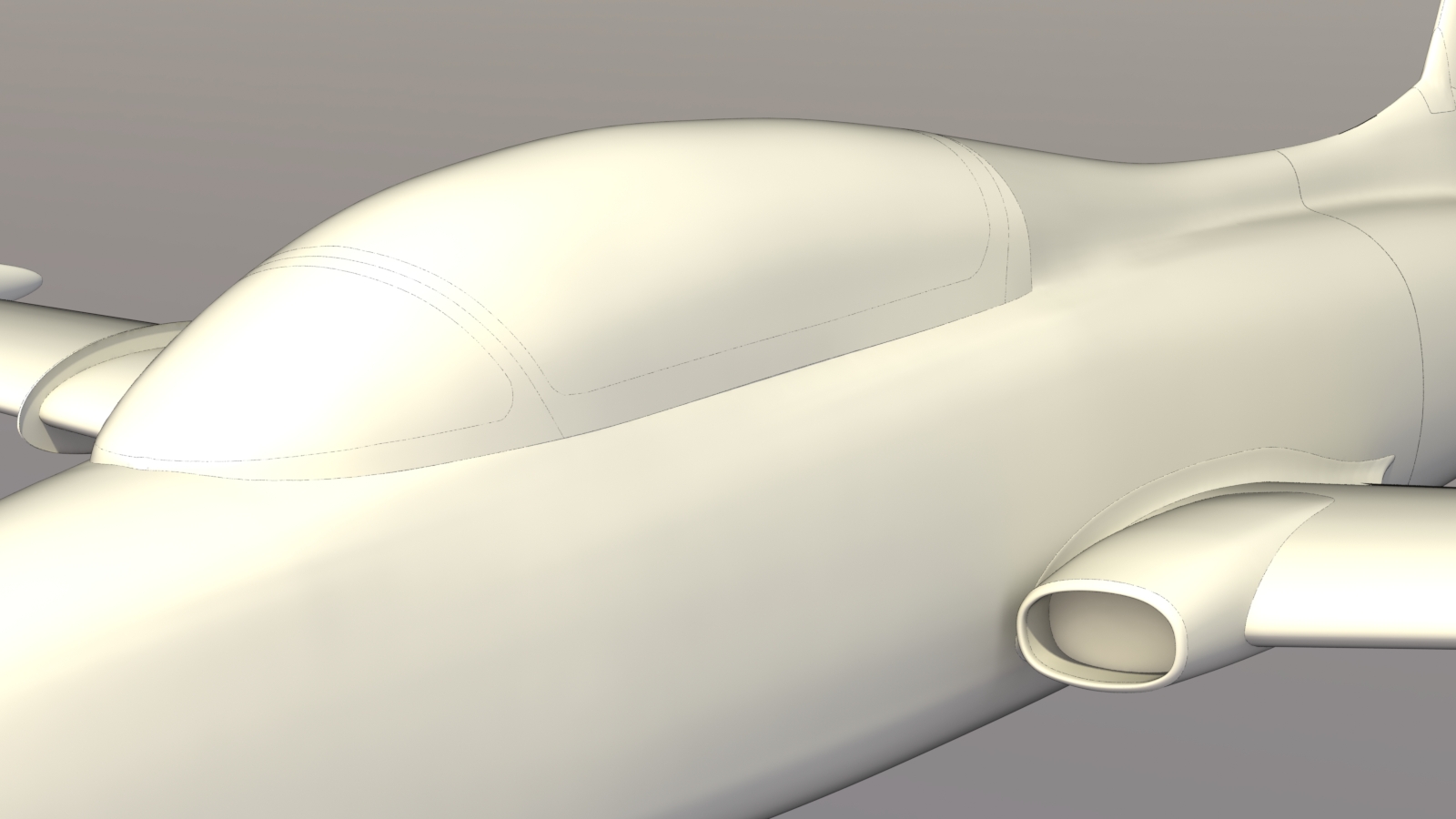 Below, I've made the cuts, so the formers for the plugs can be fabricated. The canopy plug will be a separate part. 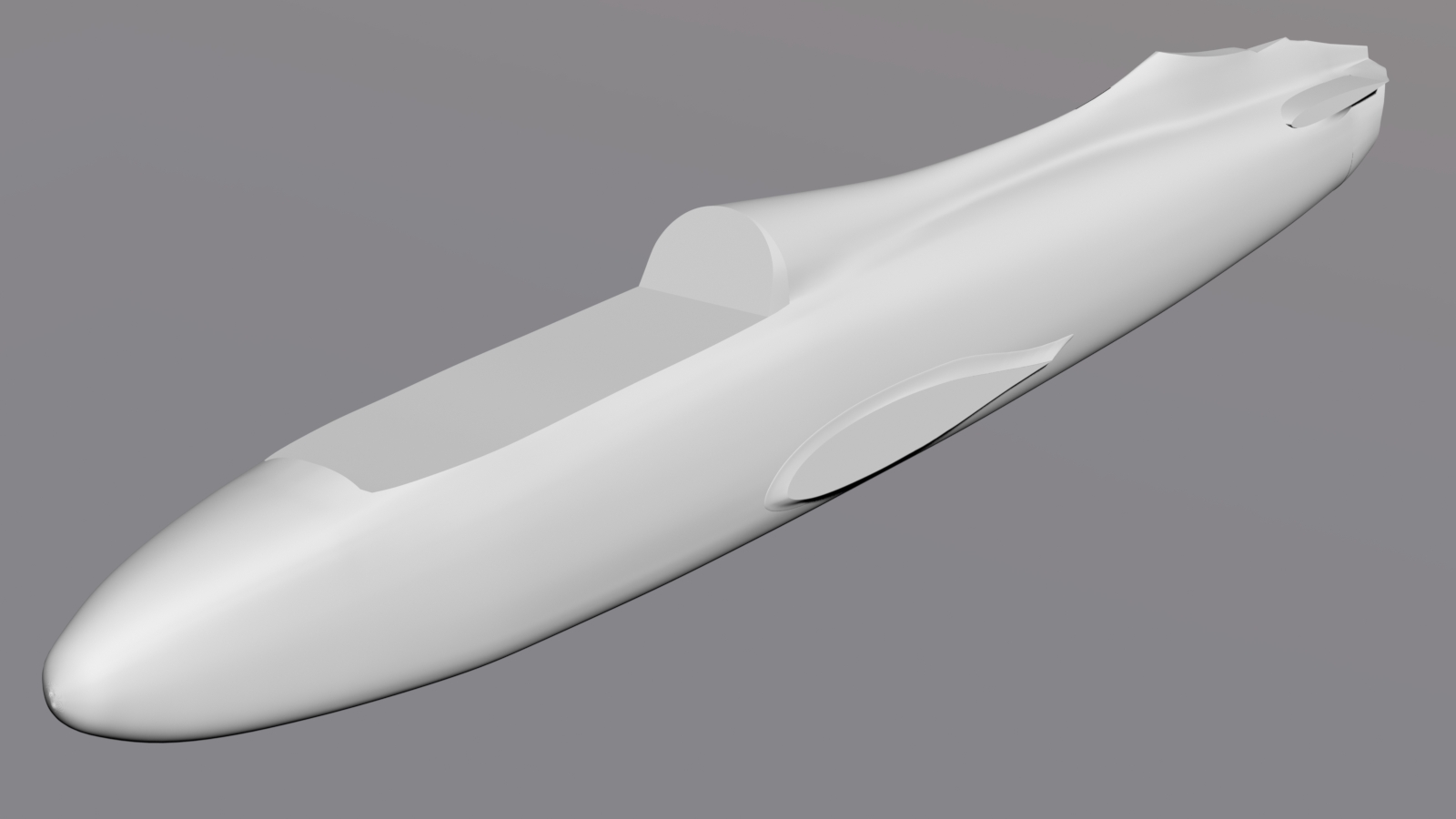 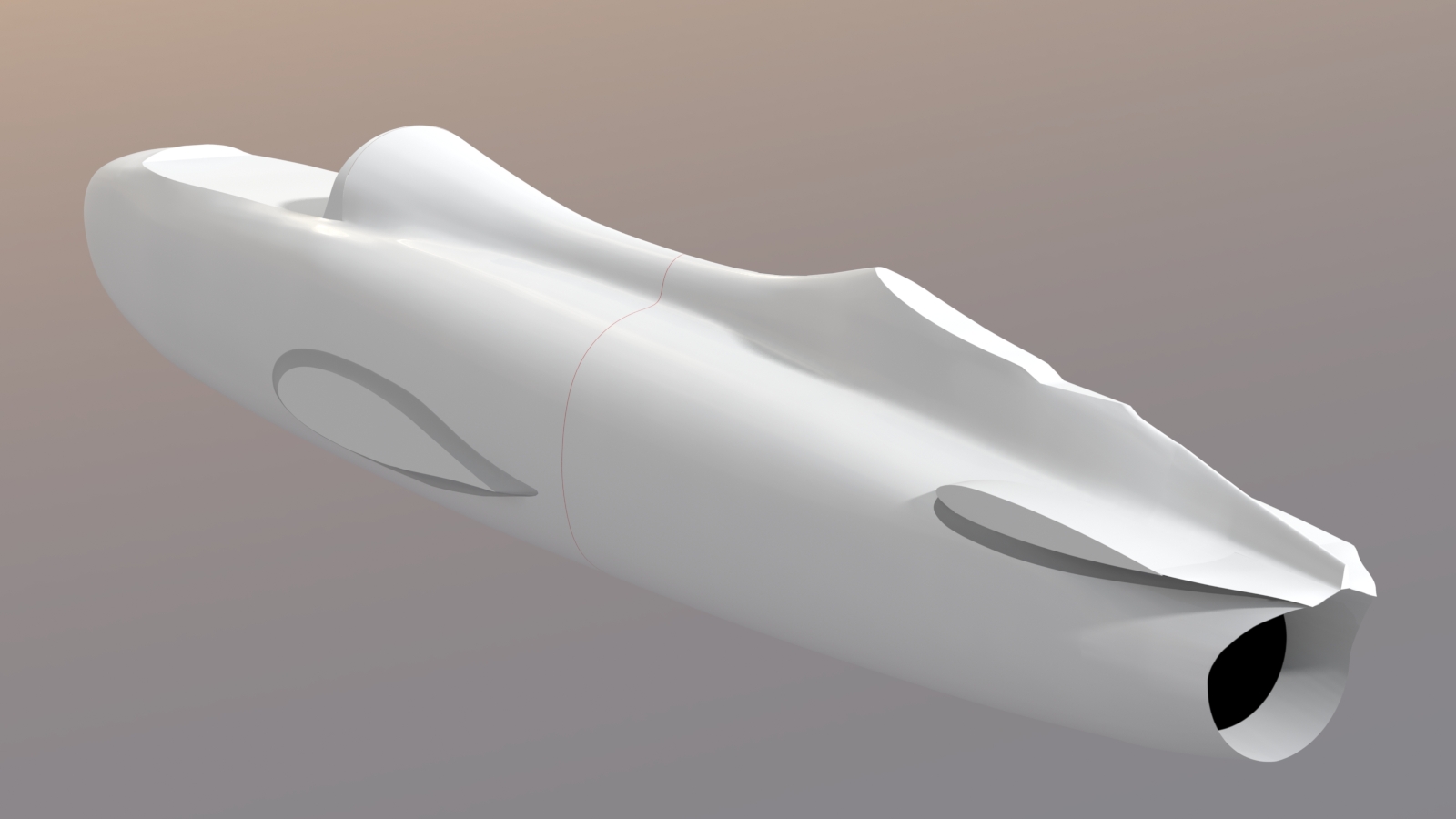 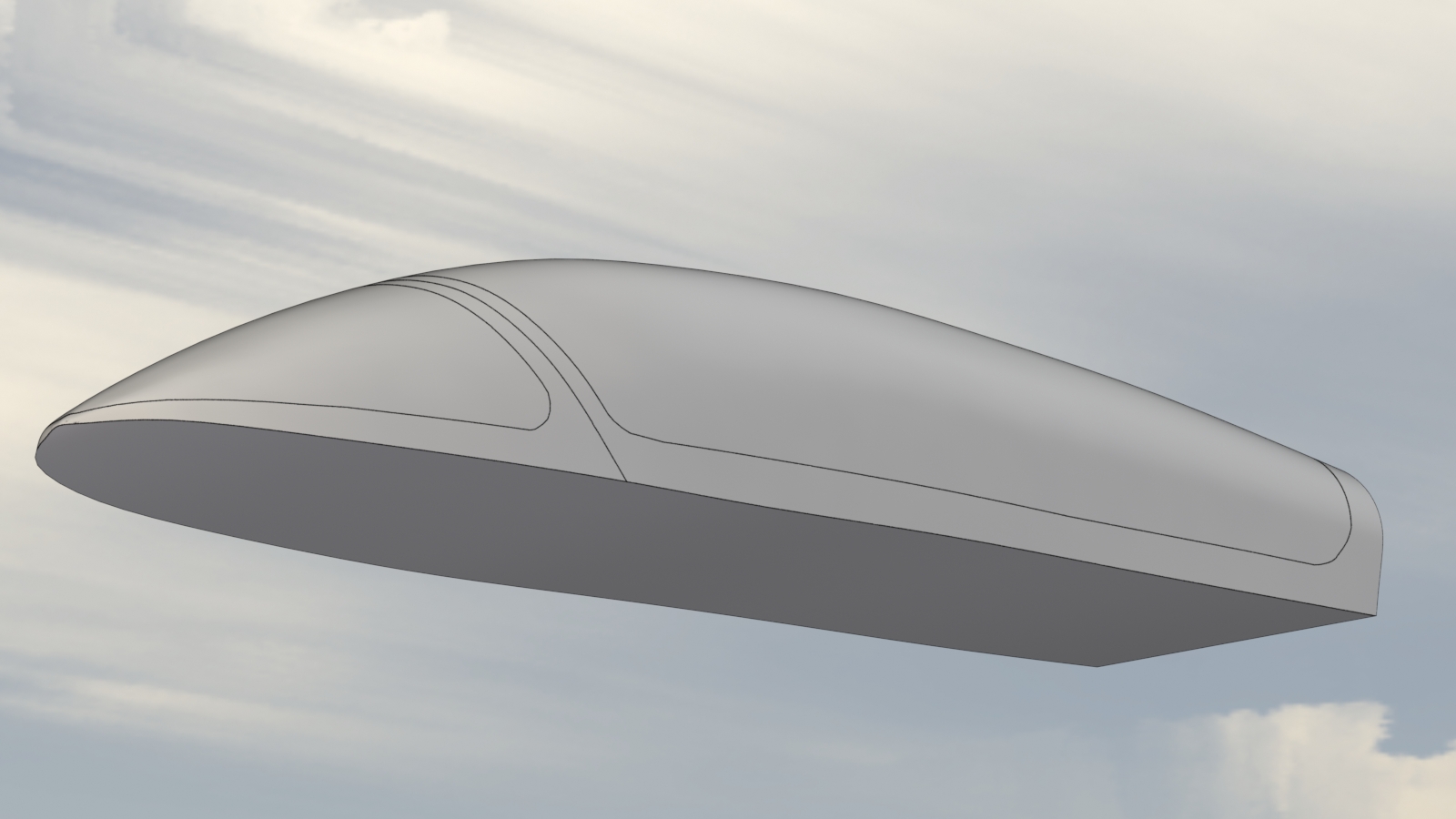 Using a series of boolean cuts, I've created formers for both the fuselage and canopy plugs. (Canopy formers were placed using half the separation distance of the fuselage formers, to allow smoother curves on this smaller piece.) 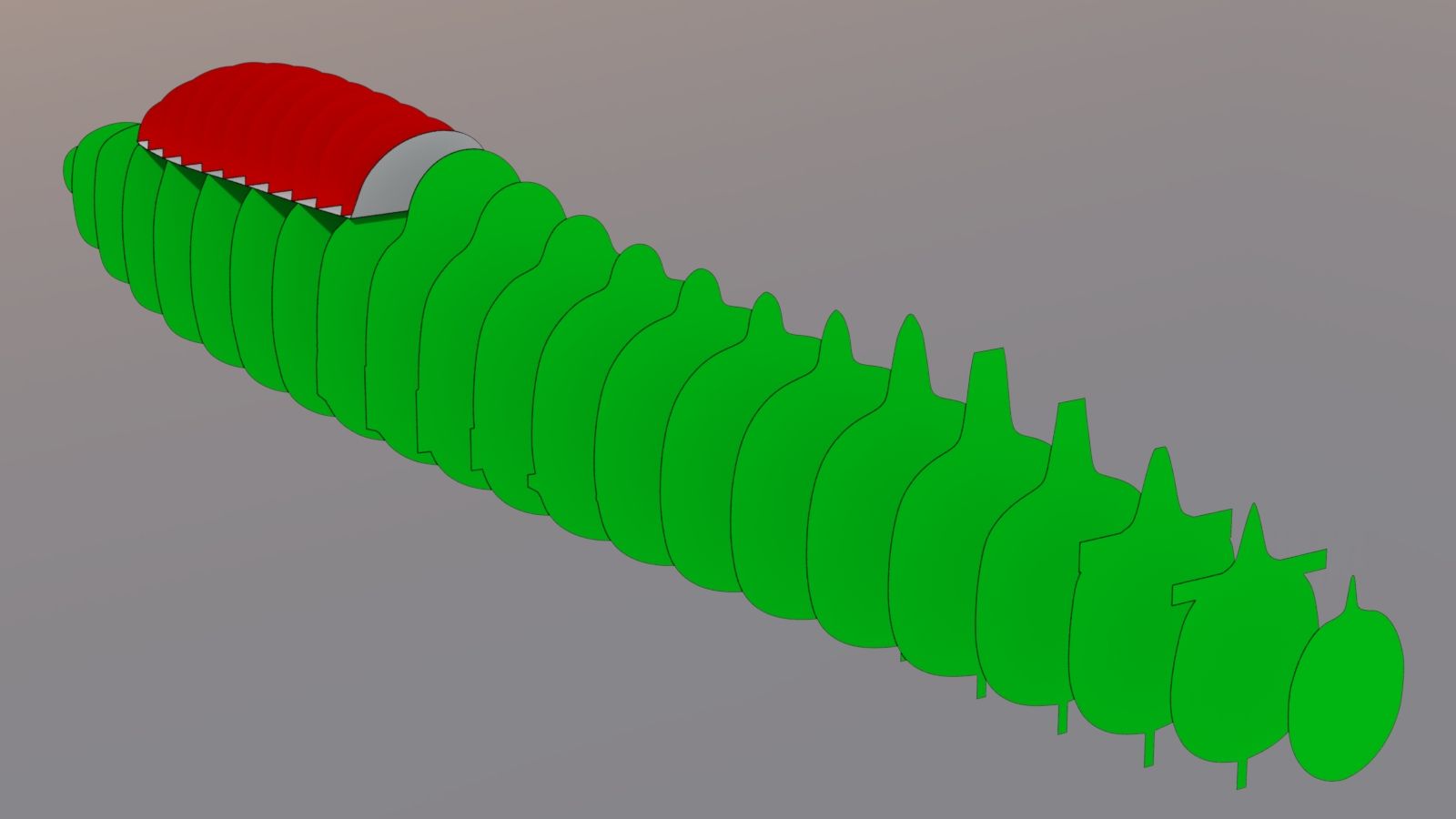 Formers for the jet intake, where it meets with the wing 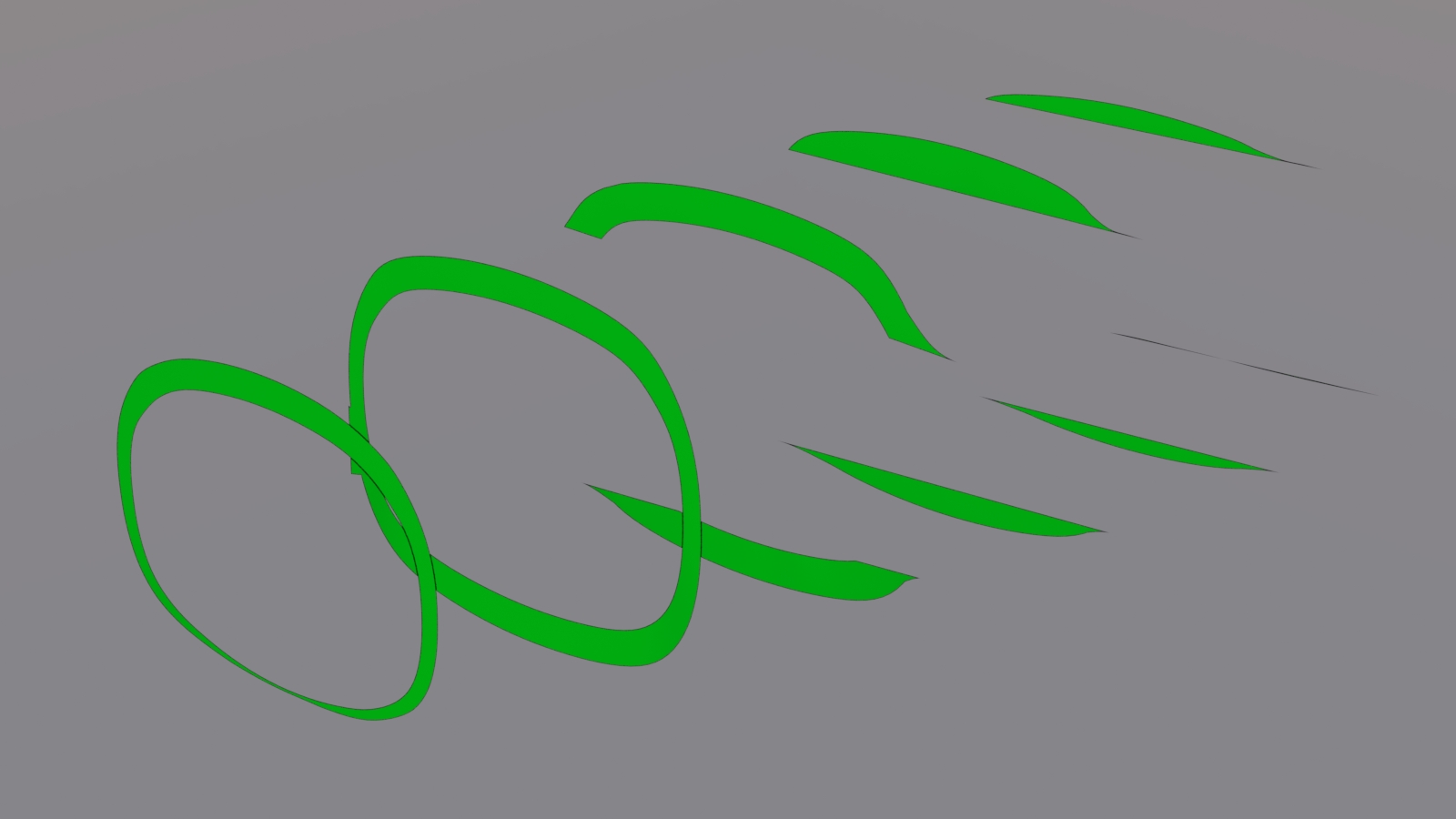 More on the Formers

The next two images show a representative (inboard piece of the wing, with the jet intake formers attached. The formers are all arranged vertically, but since the actual inlet lip has a sloping shape, you can see how the front former fits into that intake lip. 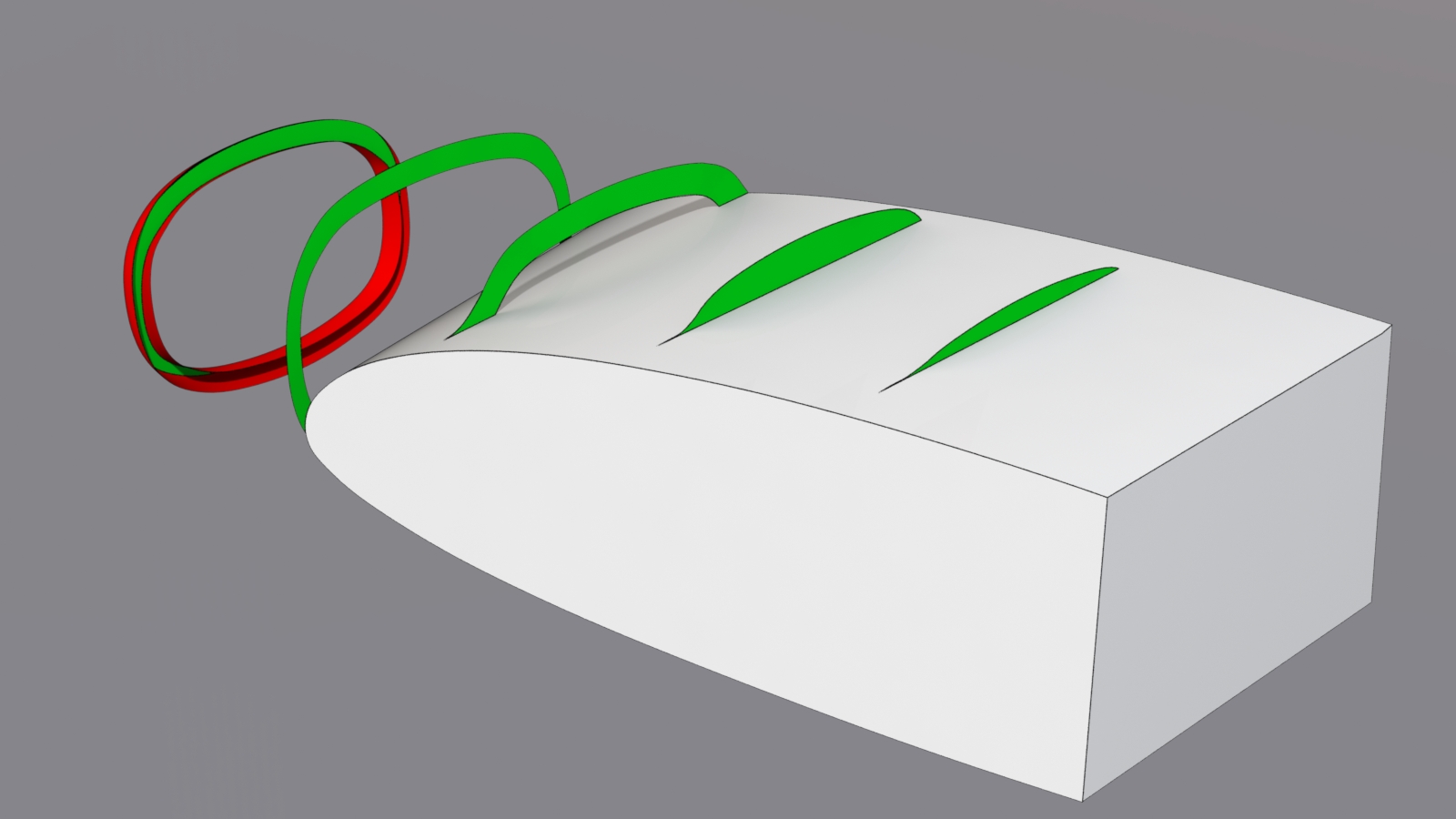 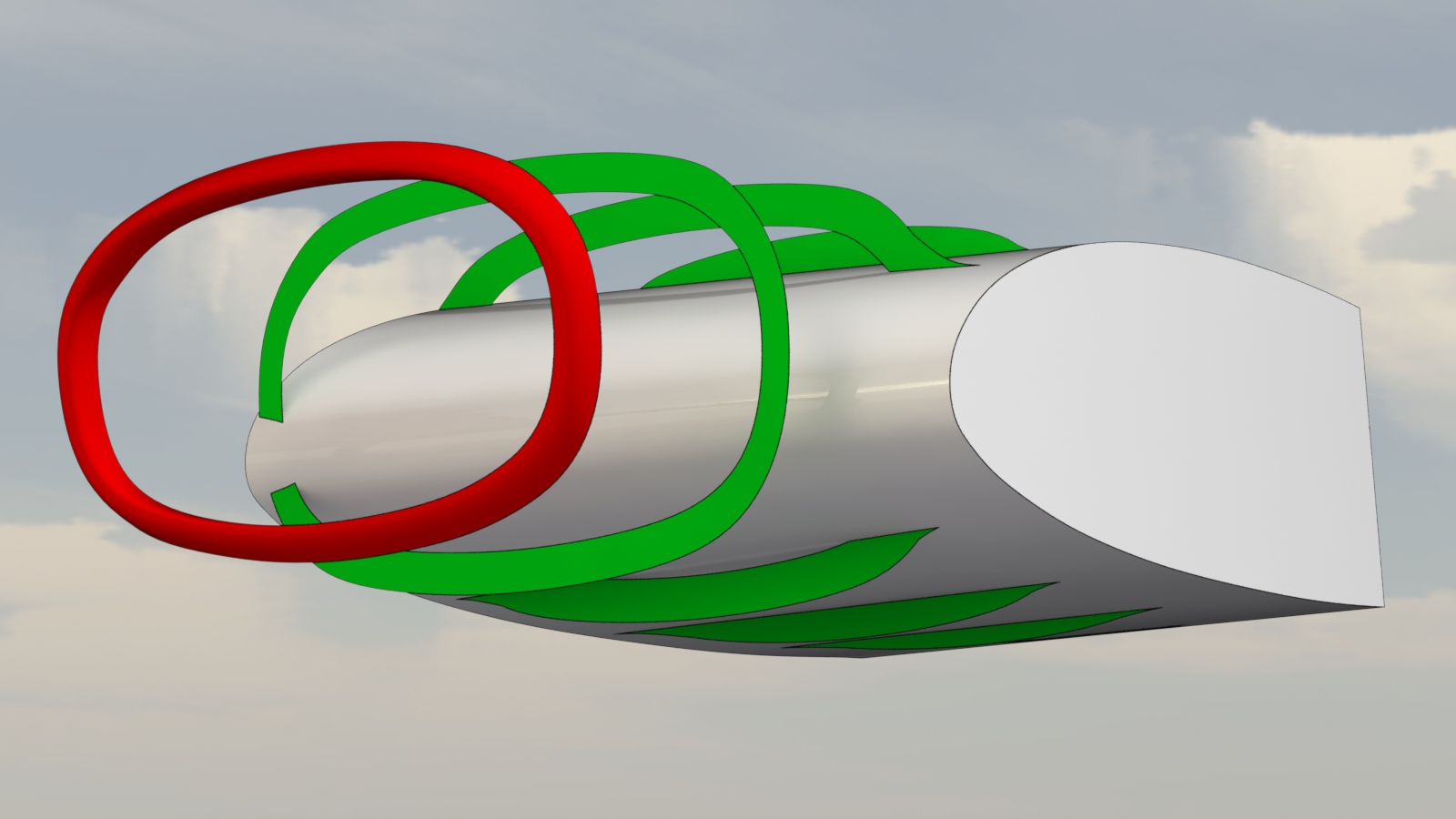 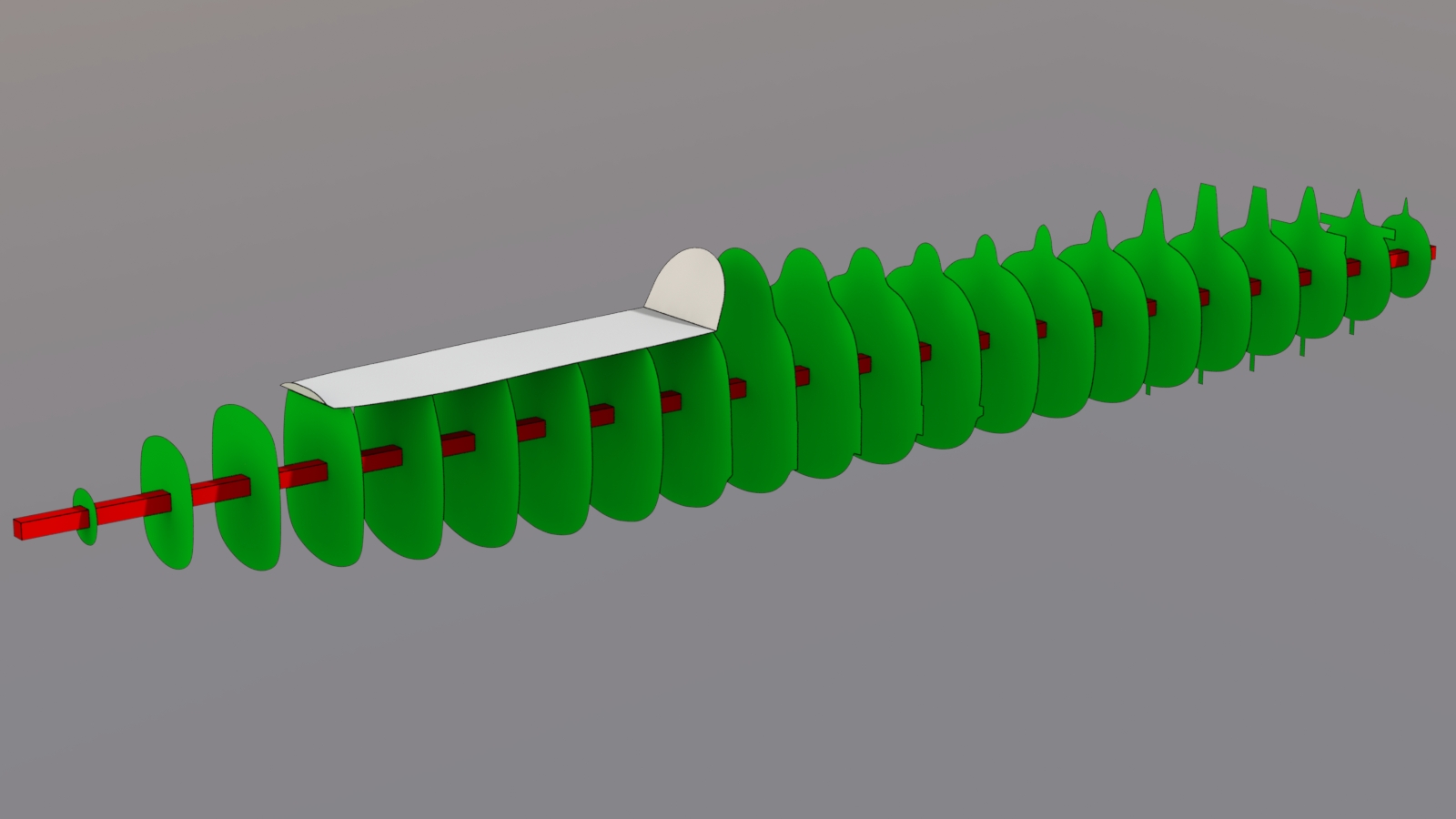 Everything fits together nicely, since the formers were built via boolean cuts using the fuselage as the cutter. 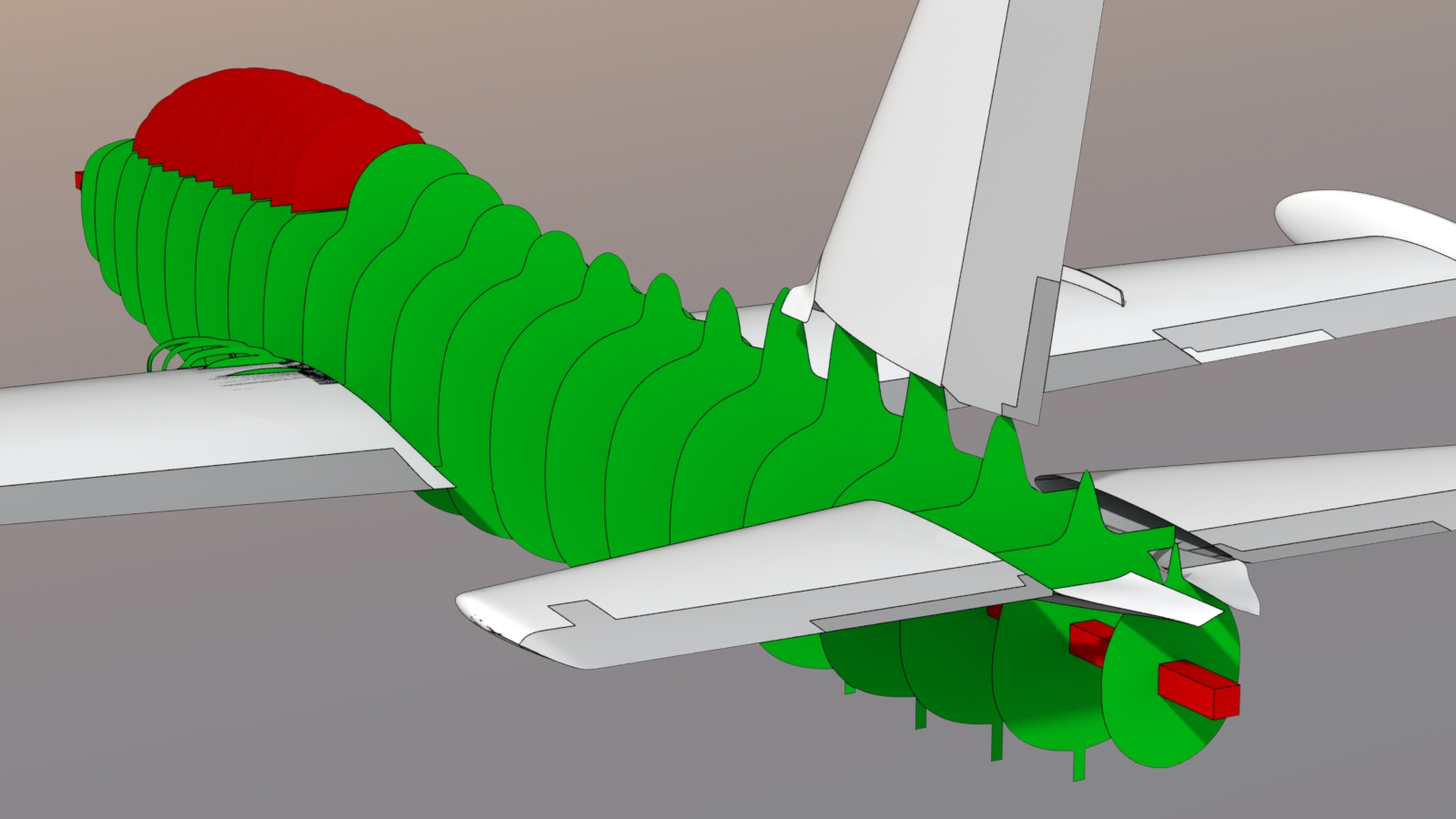 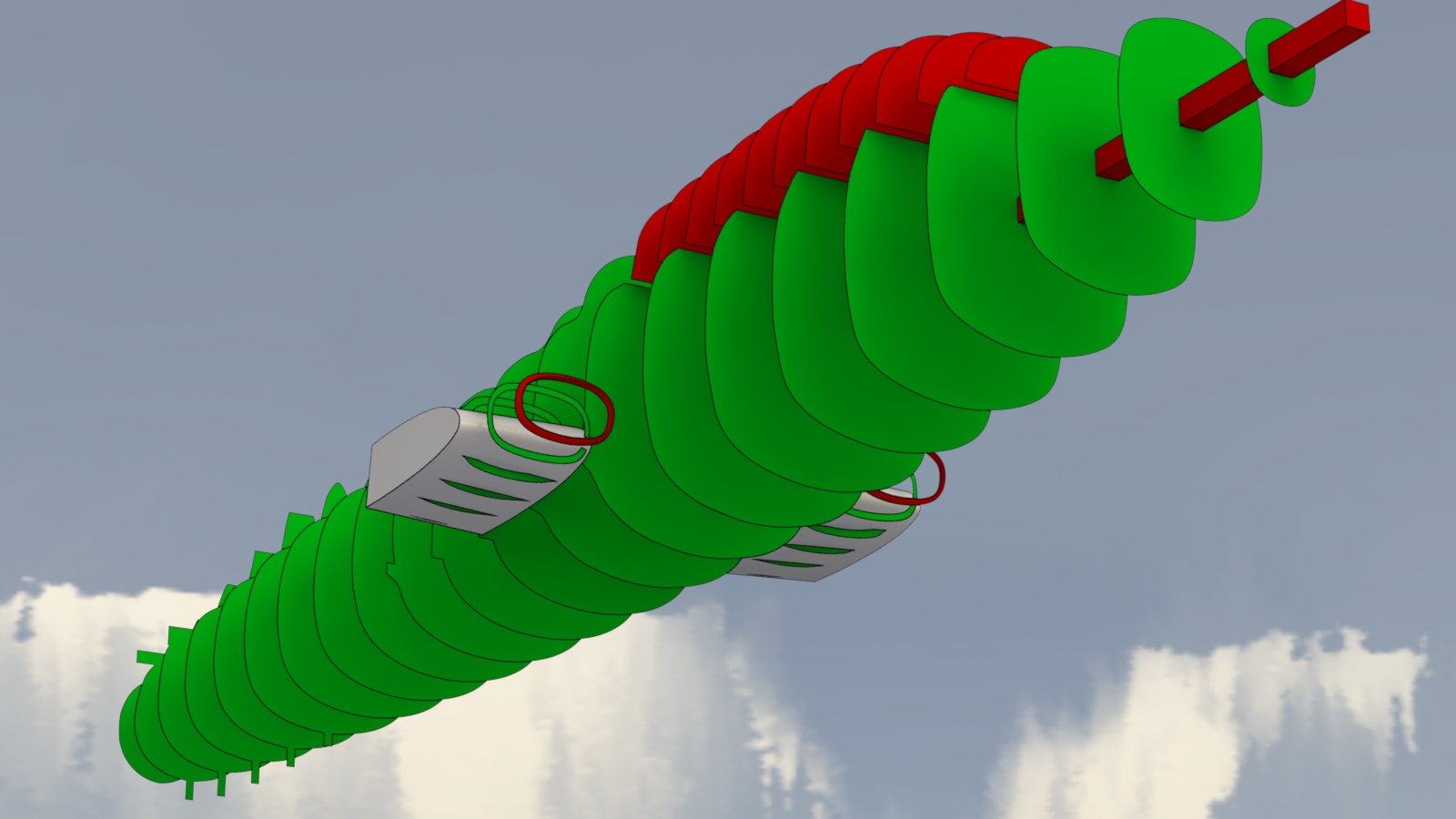 A render of all the formers, with a transparent version of the fuselage skin over them 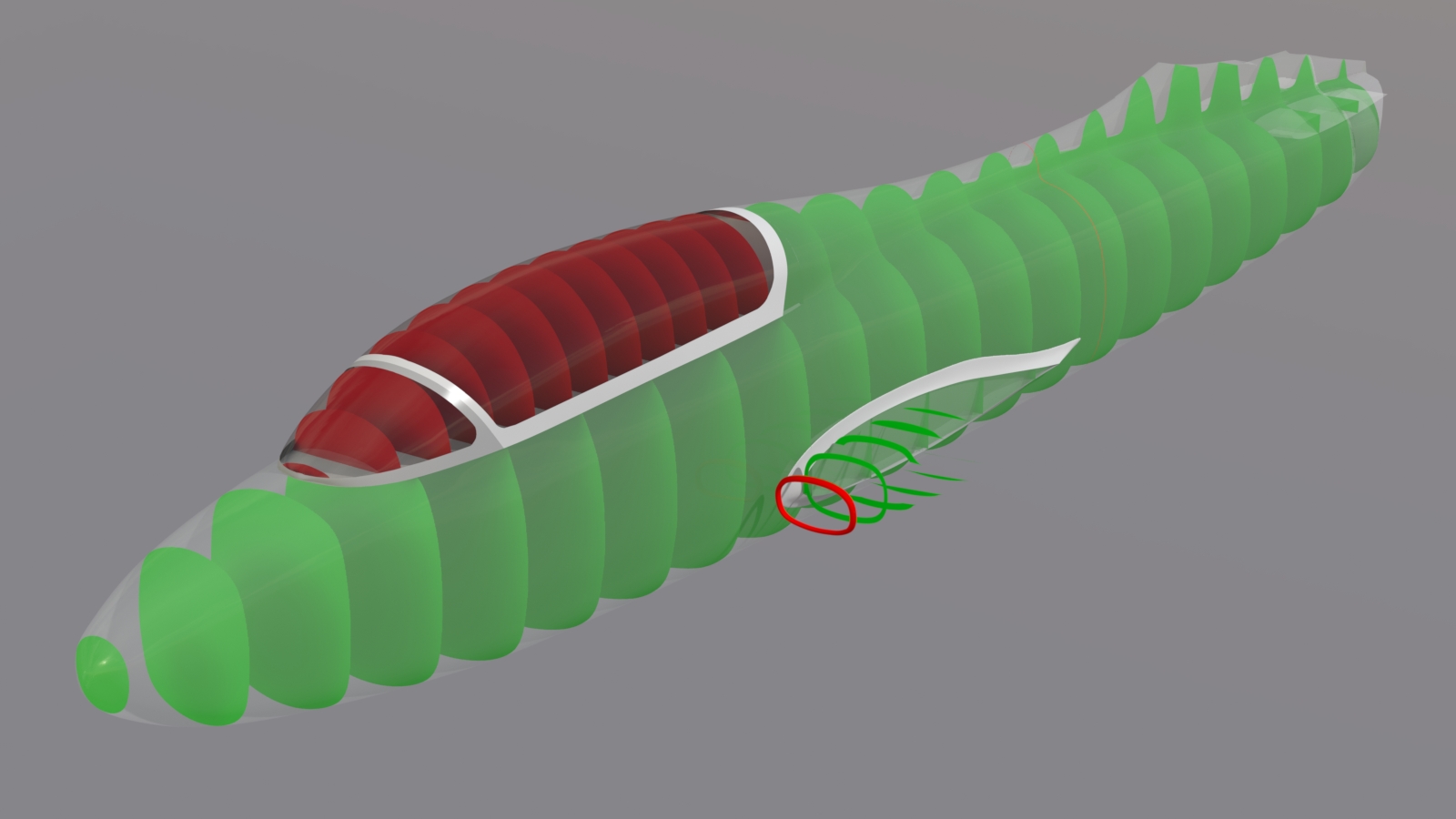