Here's another historic aircraft which is still going strong, on it's 50th anniversary.

First deployed in 1961, iNothrop's T-38 "Talon" has been used as a training aircraft, personal transportation for many astronauts, served on the Air Force "Thunderbirds" flight demonstration team, and used in a variety of aerobatics, formation flight, instrument and cross-country navigation, and electronics testing programs. It's known for it's simplicity. 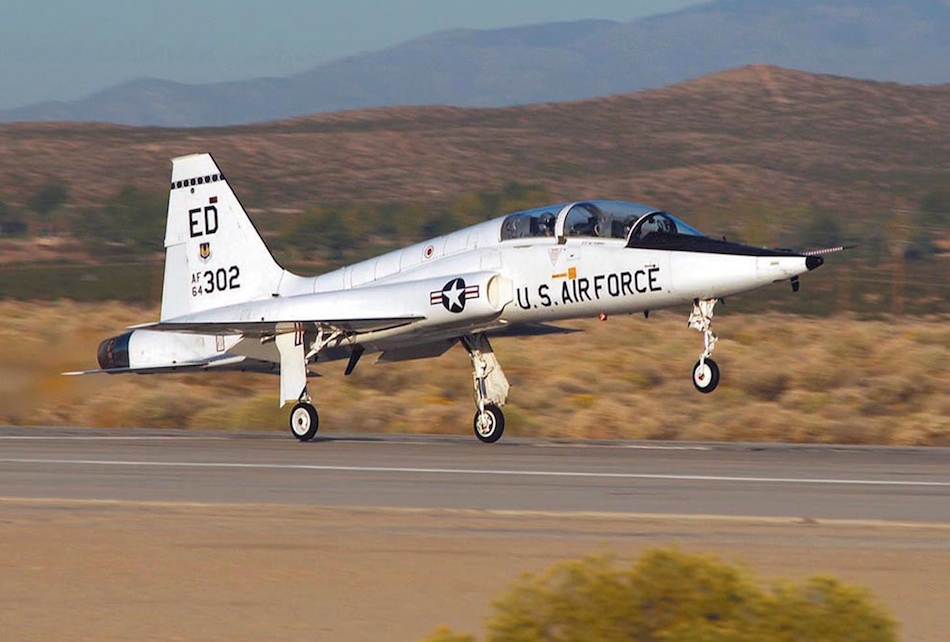 It was built by using readily available 3-views and cross sections. First, I traced the cross sections, making sure that each section had the same number of edges. (so they could be bridged properly) After bridging them, I started tweaking the shape, and discovered an issue with the jet intakes, which run alongside the fuselage at their front, but without touching. 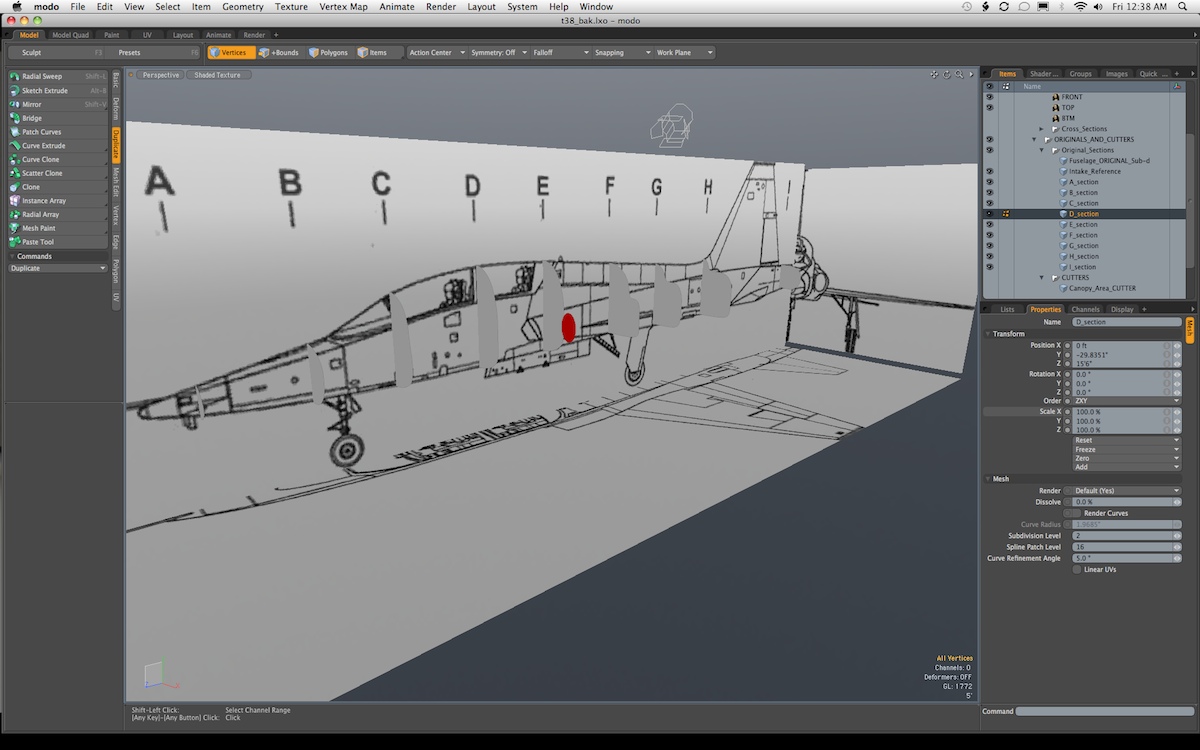 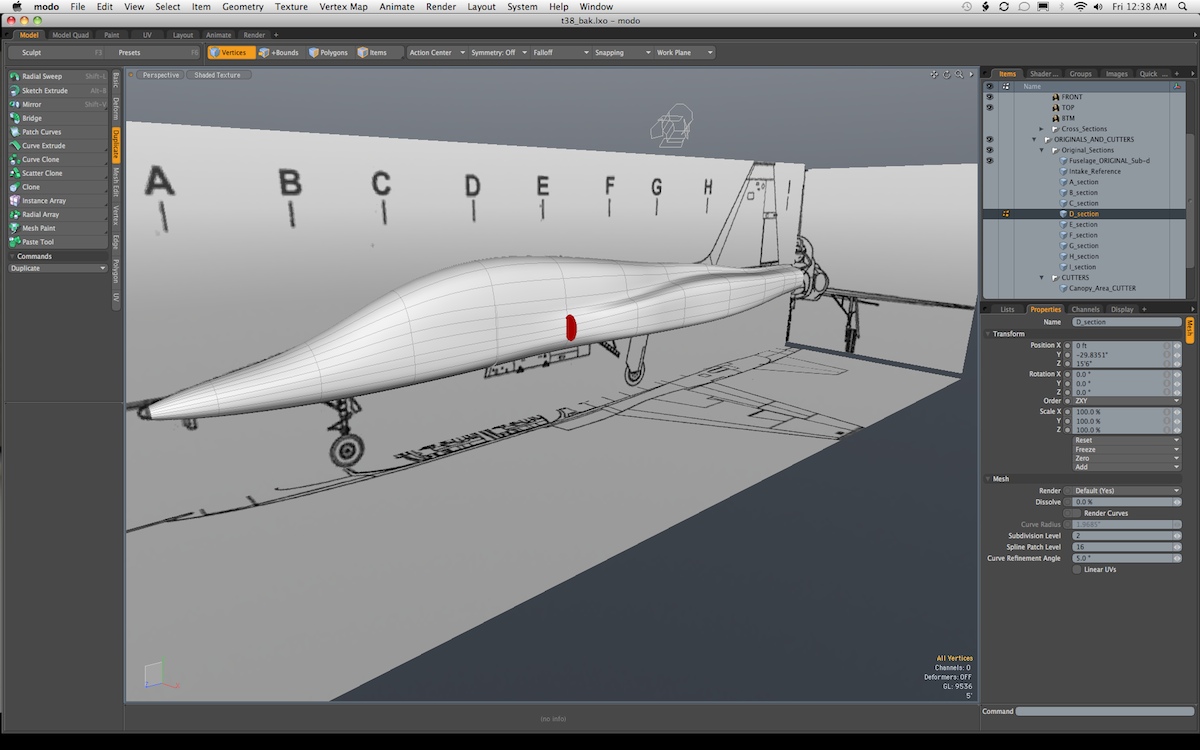 So, I split the fuselage into three parts, making the engine "nacelles" a separate piece, as you can see in the 4th image. (It's green.) That made getting the shape much easier. I've added a simple jet engine, since the fan faces are visible through both the intakes and exhaust. I've also started the landing gear, because it will help me determine the precise location of the landing gear door cutouts. There are also a few very small details, like angle of attack sensors, pitot tubes, and VHF antenna, and the small inlets on the top of the fuselage, by the tail./p> 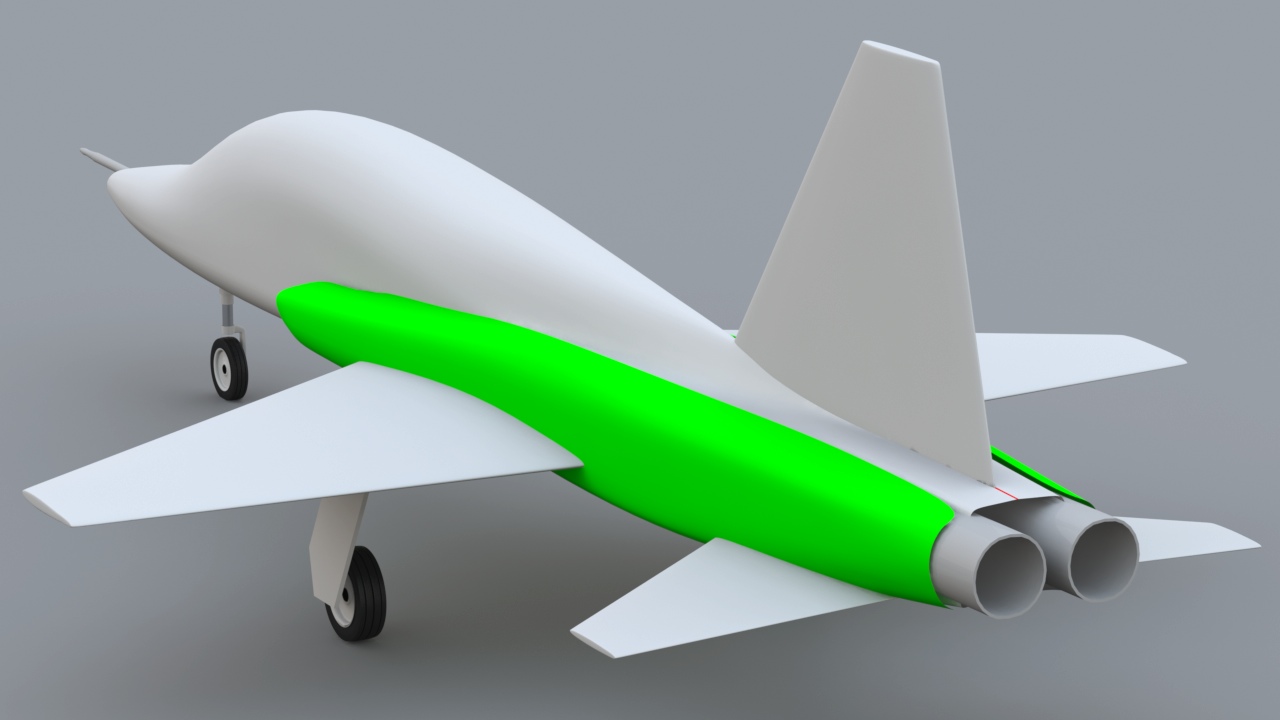 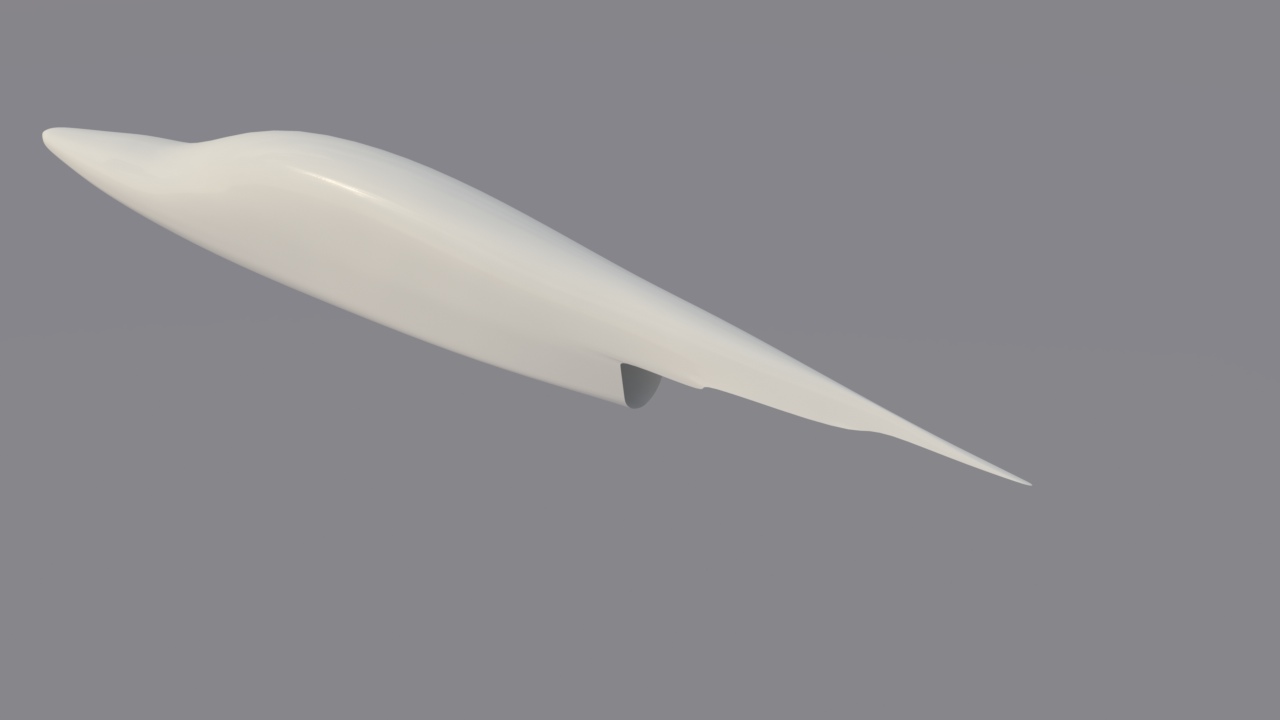 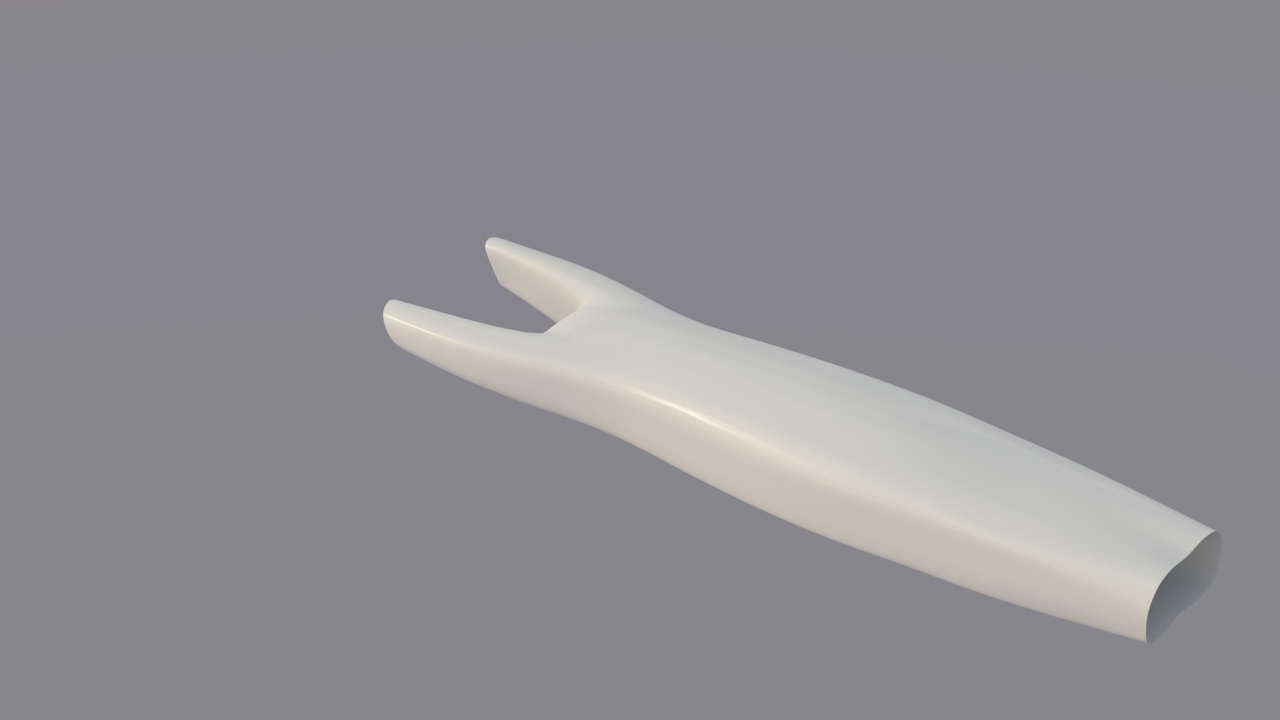 The parts combined. (I'll join them permanently after they're frozen.) 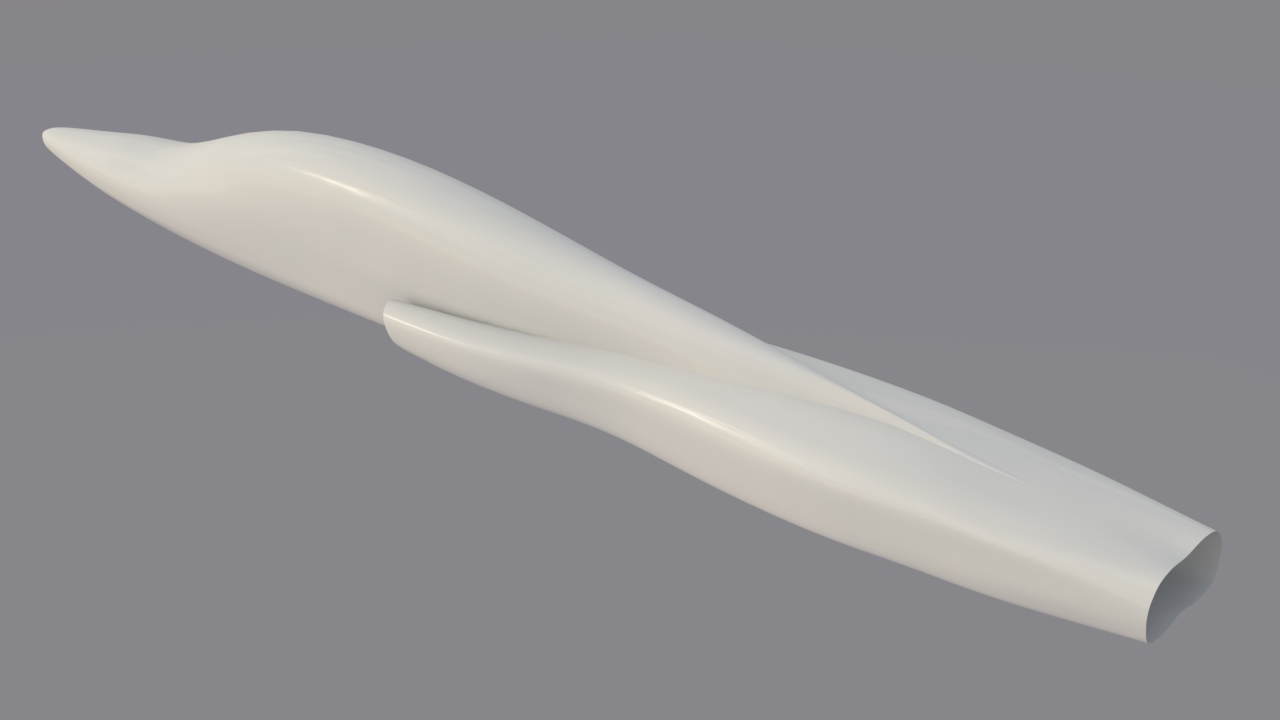 Here are a few images showing the assembly so far, from the inside out.. I'll be freezing this soon, to add more fuselage details, cut out the canopy and doors, etc.. 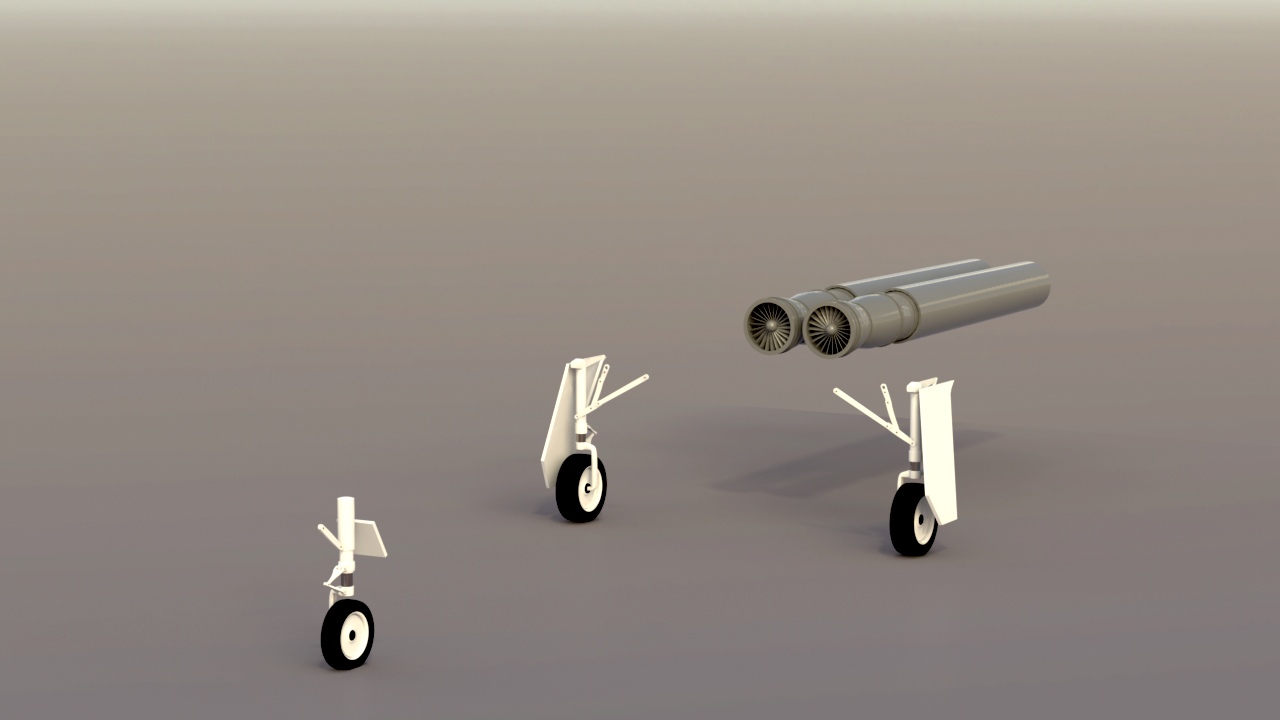 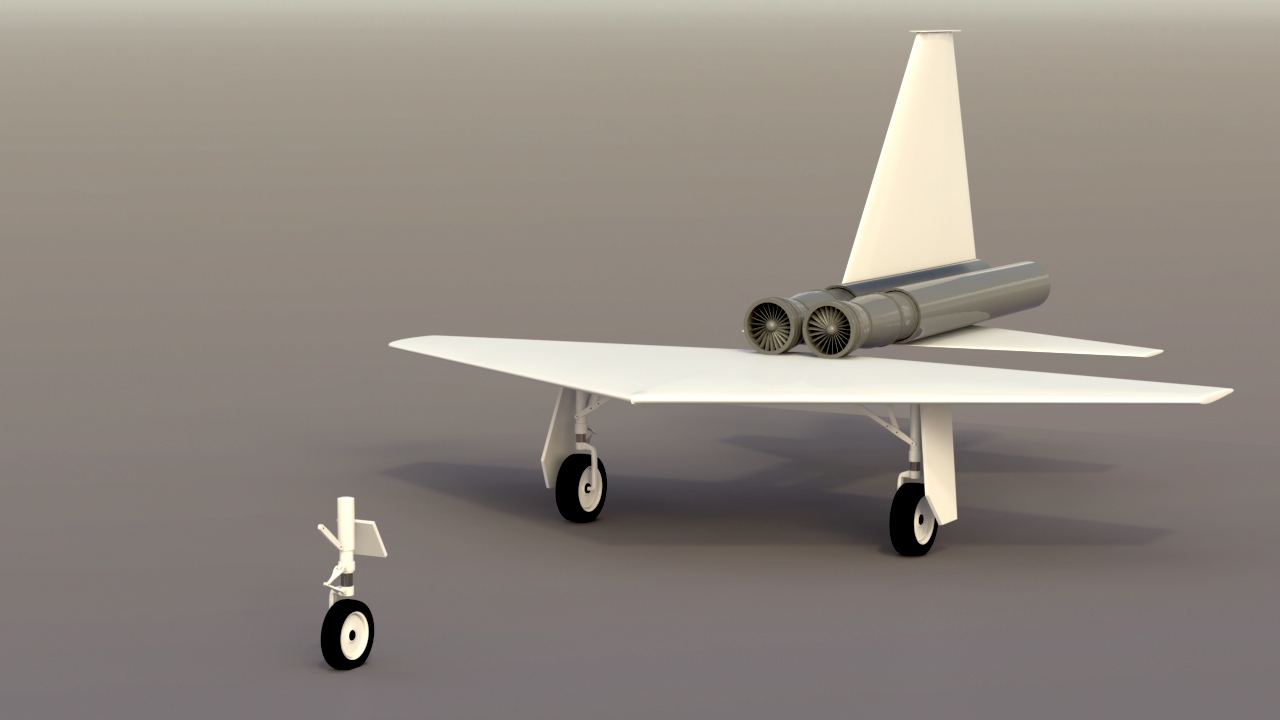 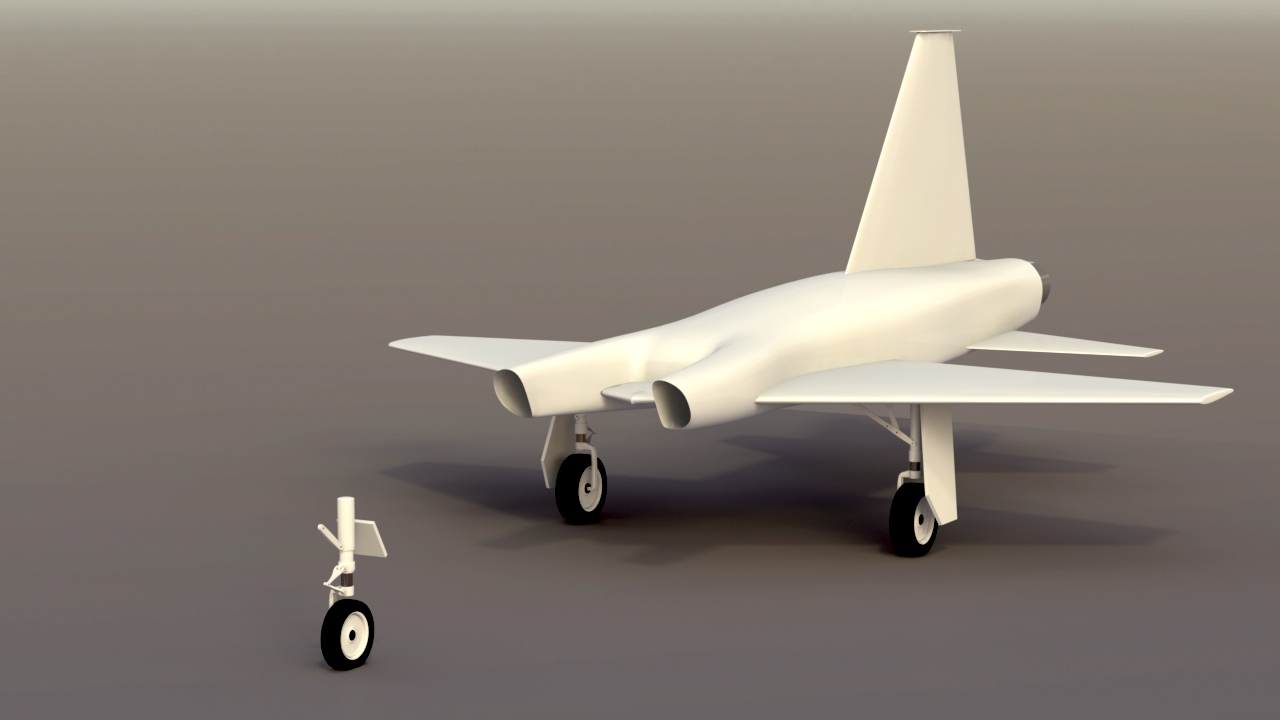 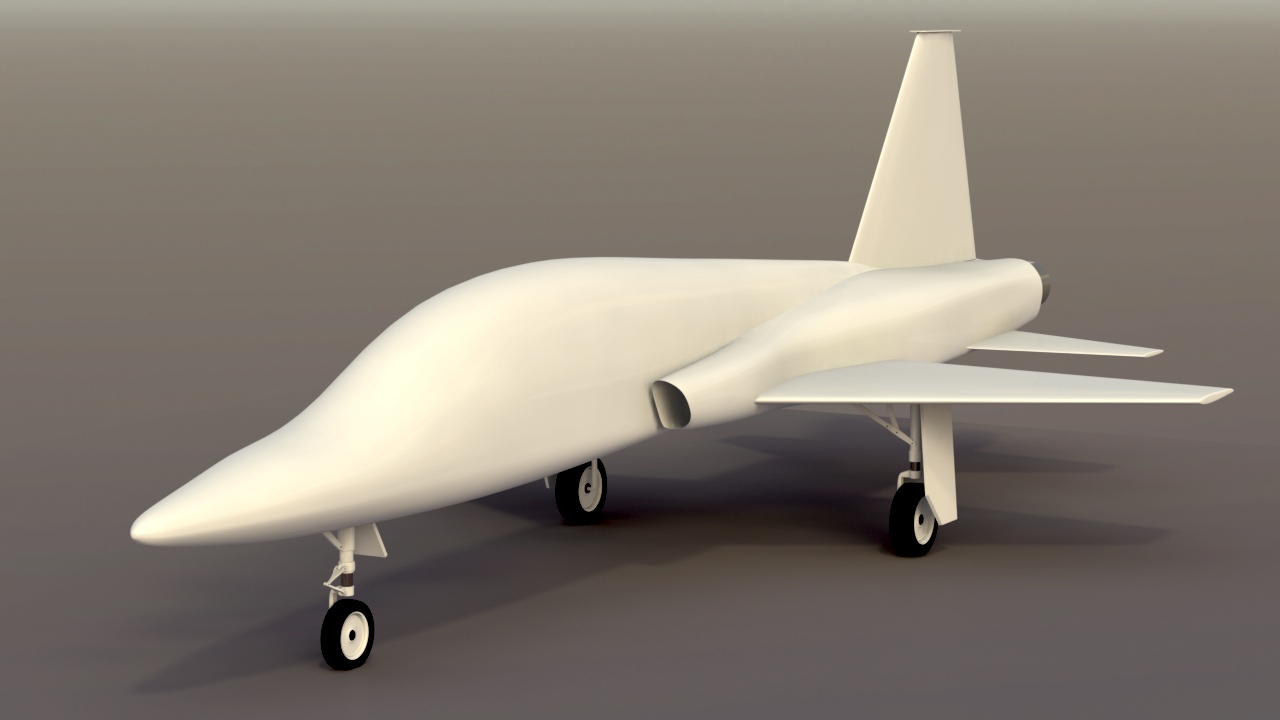 Some wireframes of the current model… 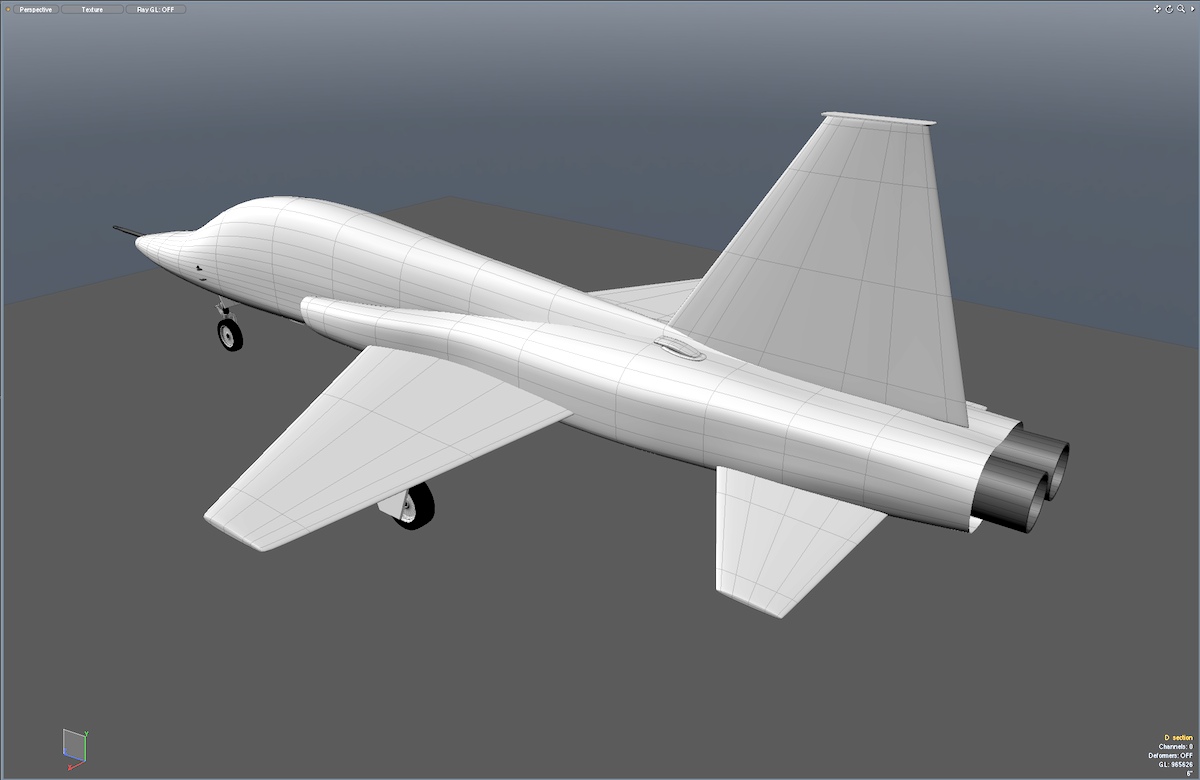