I've been privileged to do 3D visualization on several projects for my brilliant artist friend, Sheila Wyne. Some of this work was featured on "Modeling with MODO, Volume Two". I include the overview page here, just to show that it was finally installed.

This is a huge installation, consisting of three 20-foot tall characters, was placed in a beautiful spiral of trees in a park near Dimond High School, here in Anchorage, Alaska. The initial 3D work in MODO was done in 2008. Here are some renders of that, as well as some photos of the final fabrication. It's hugely gratifying to see the 3D work come to life in these large pieces of art!

This project was a particular challenge for me, since I don't typically do organic pieces such as these human-like figures. It introduced me to a variety of MODO's tools I don't often use, such as the sculpting tools, hair and fur, etc.. I'd suggest to any modeler that it's good to step outside your normal comfort zone occasionally, as it not only expands your skill set, but makes it possible for you to bid for compete for a larger variety of work. 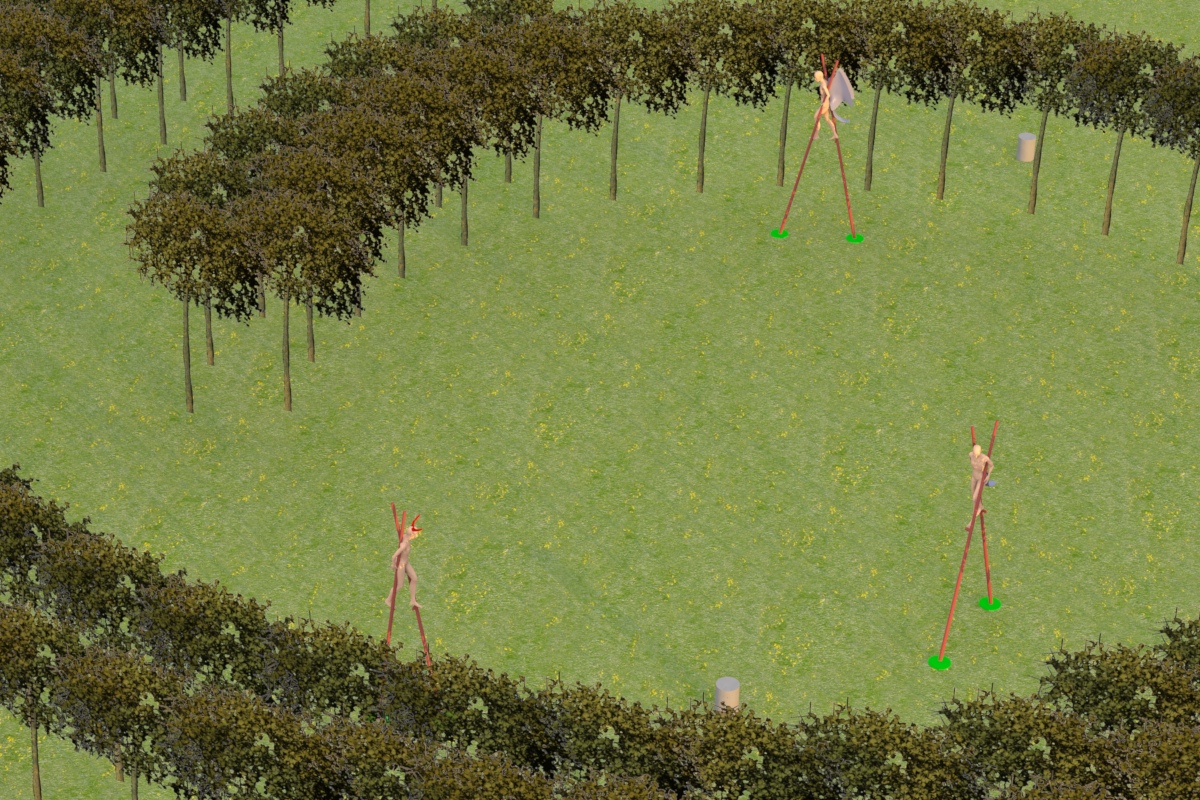 During this multi-month process, I gradually developed the shapes and poses of the 3D models, according to Sheila's plan. We often spent hours sitting together, with her guiding adjustments to the characters' proportions and poses, while I worked within MODO. Then, with a list of changes in hand, I would remodel the characters, create color and/or "clay" renders and sometimes animations, and email them to her. It was a fascinating process, which forced me to step outside the normal "hard surface" type of modeling, used on most of my other models you'll see on this site. 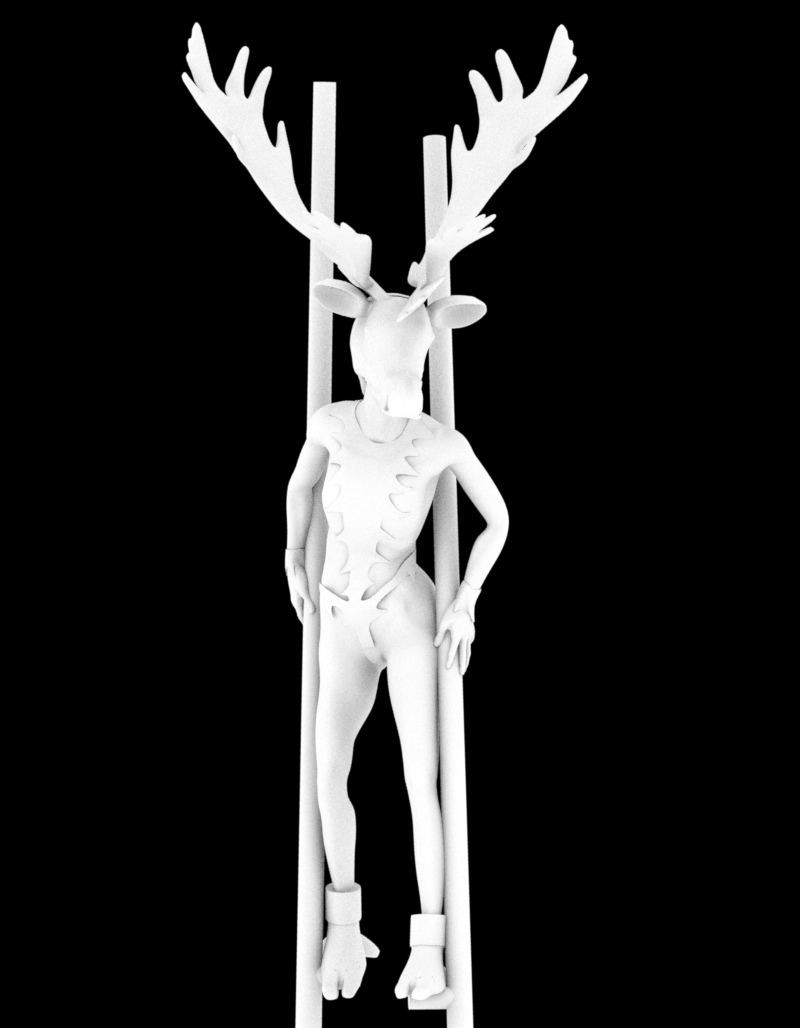 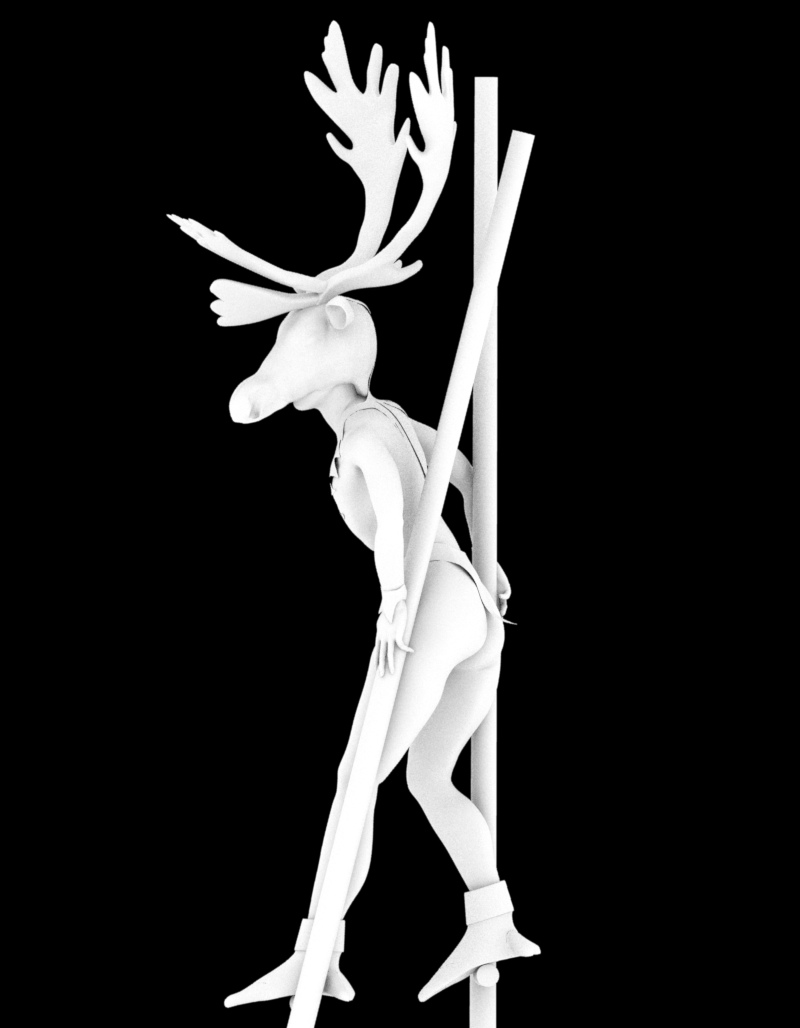 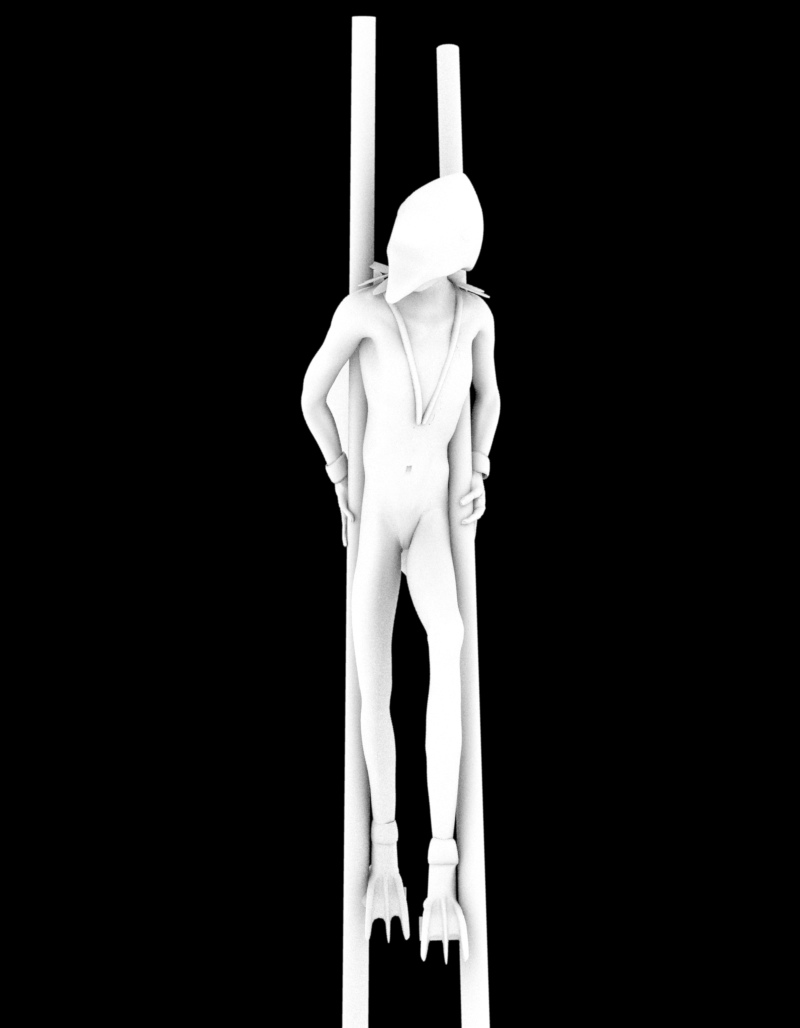 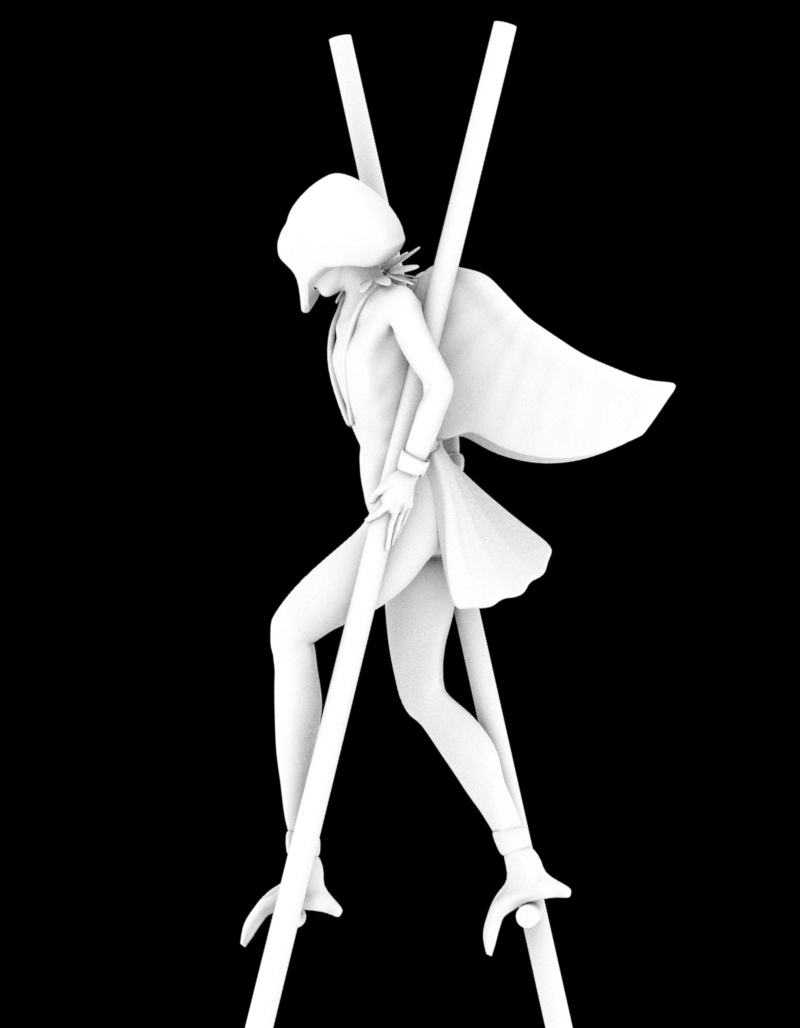 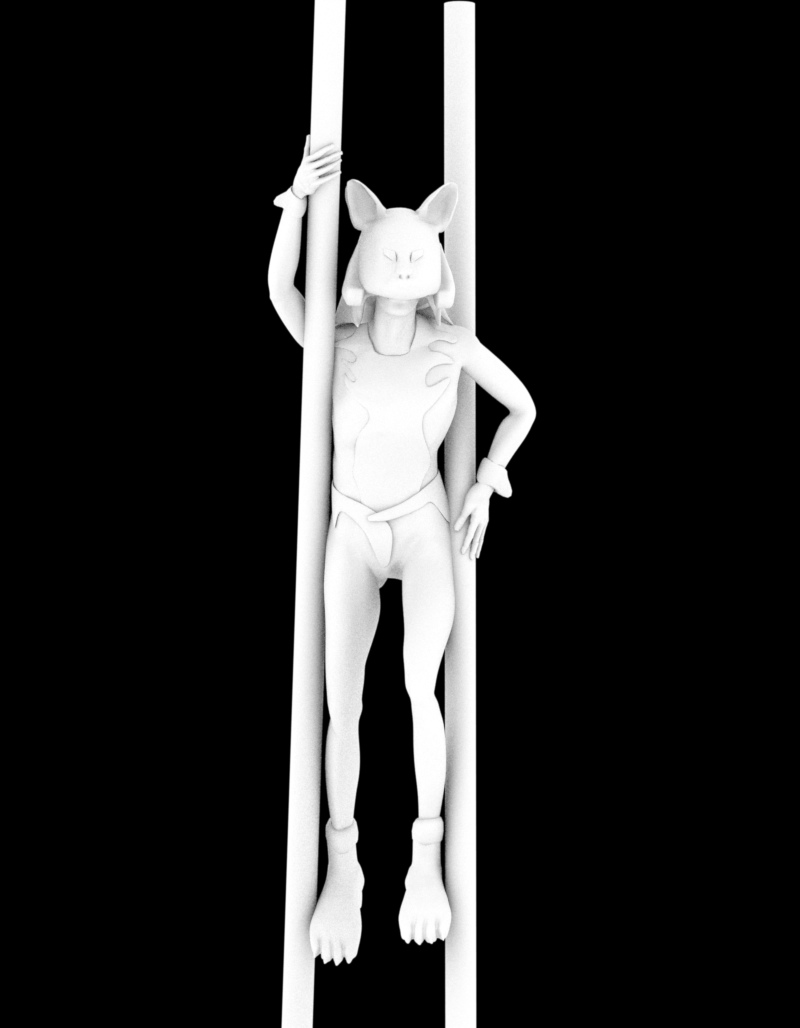 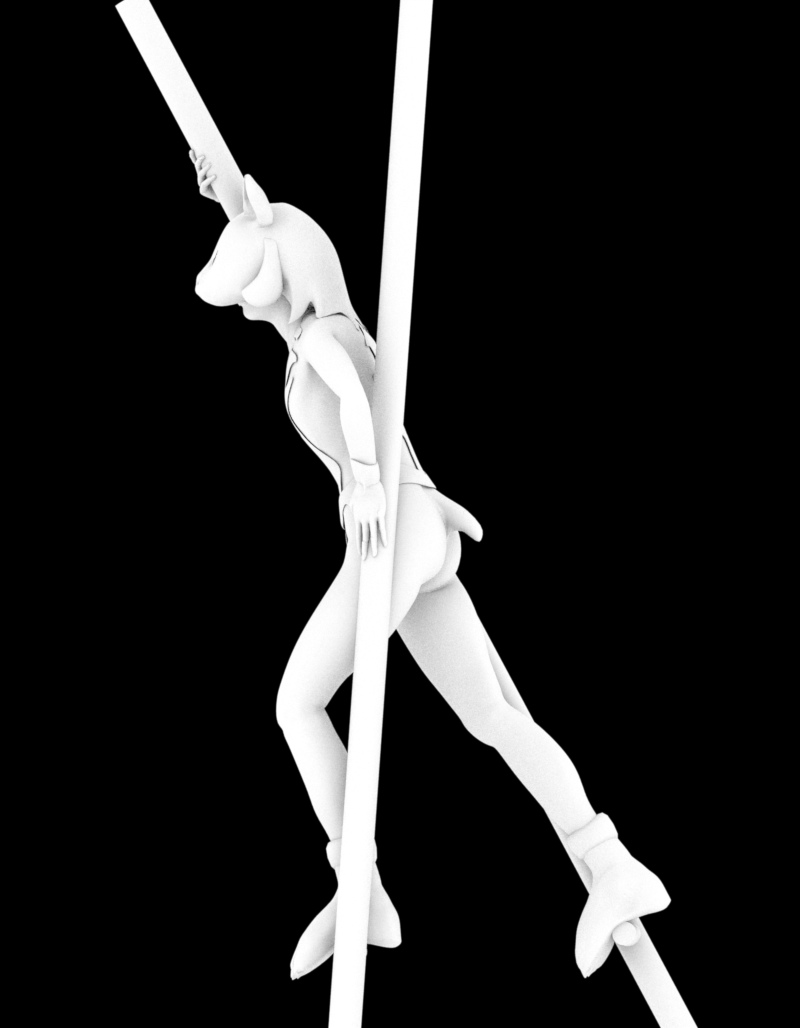 There was no need to try and illustrate the thousands of tiles that would ultimately be applied to these characters, but some basic color and clothing studies were done, to give the fabrication team a general feel for the look. 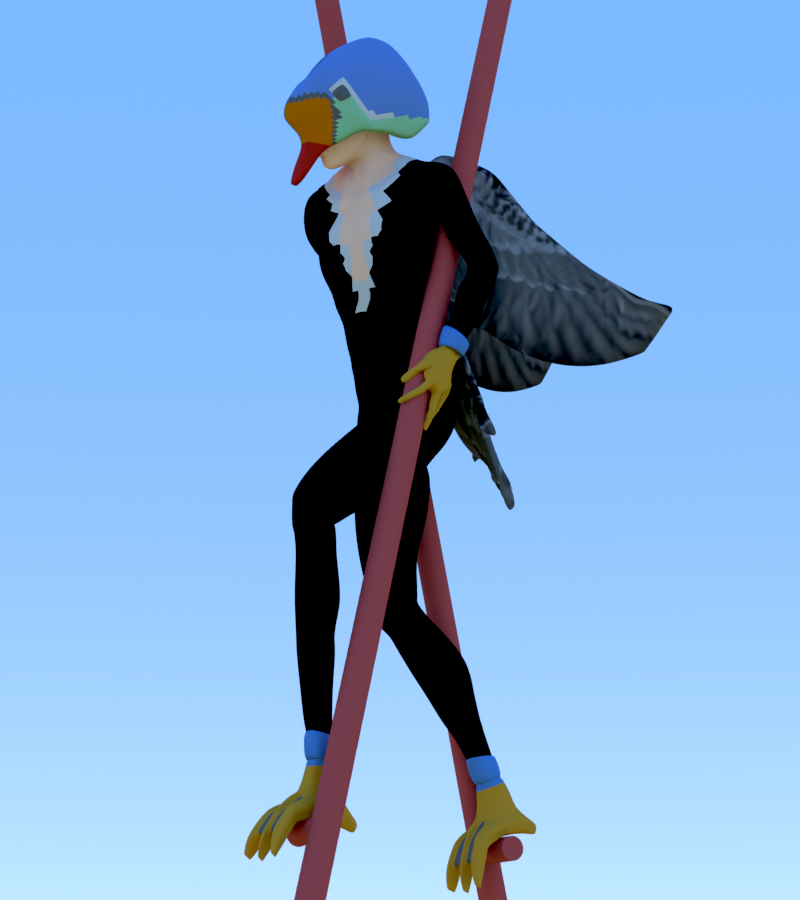 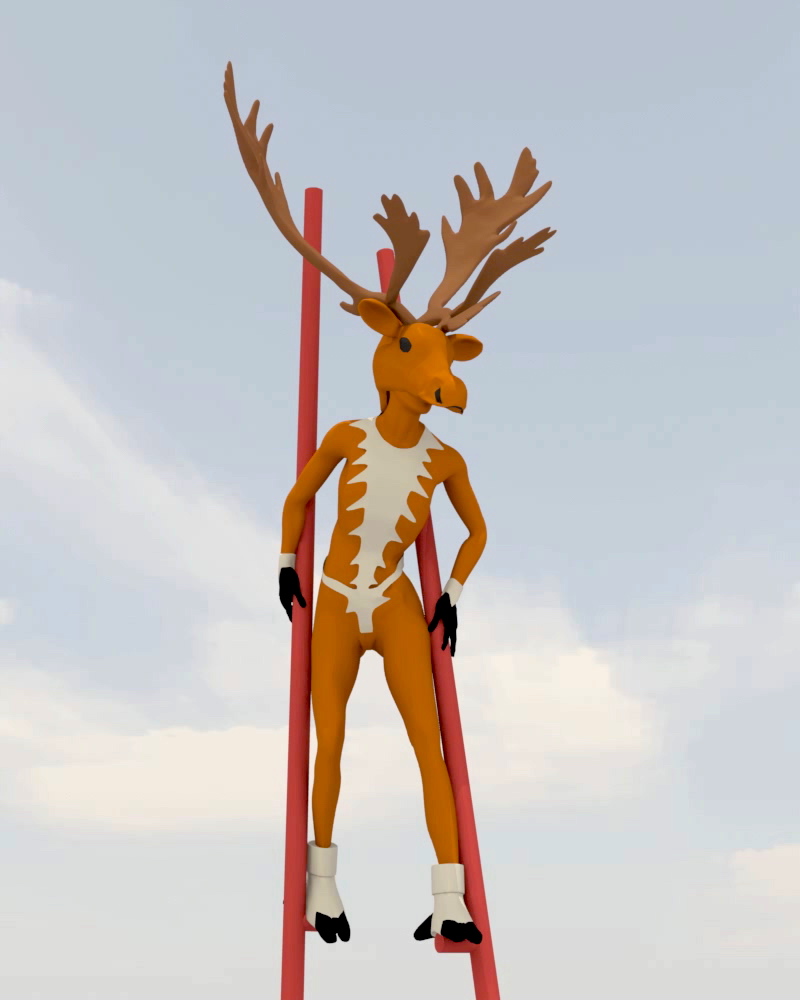 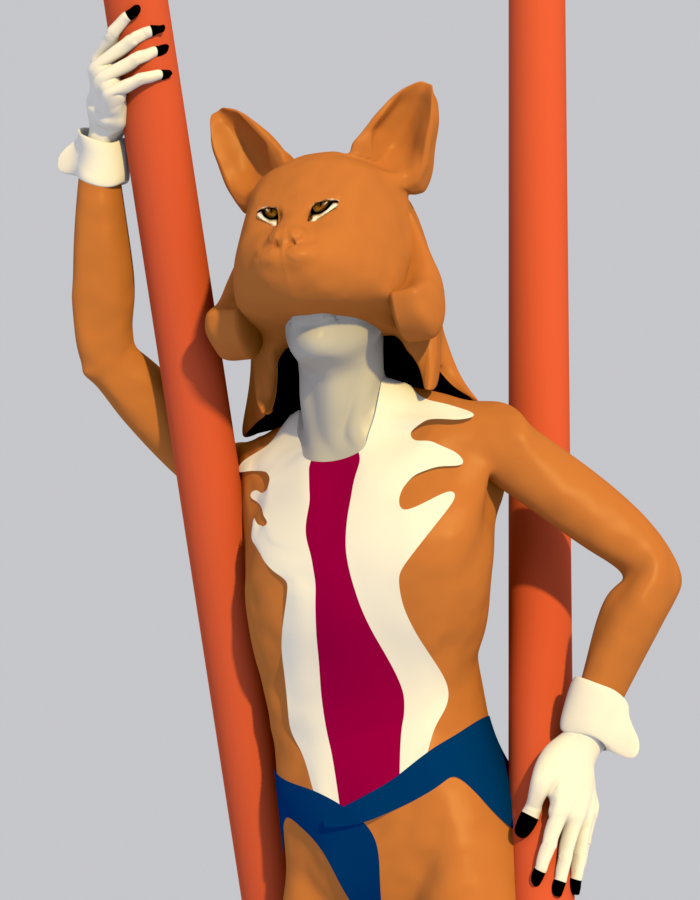 This was a huge collaboration, all directed by Sheila Wyne, involving sketches, small mockup models, 3D work, an architect, a steel fabricator, and a team of dedicated artists who actually assembled all the parts. Each piece begins with large steel stilts, (only the top half shown below, since the bottom half is already installed on site) followed by steel skeletons, then carved polystyrene foam, fiberglassed, and finally, the step you see near the bottom, where each piece receives thousands of individually-placed mosaic tiles. MODO fans may notice large printed versions of my MODO renders around the shop, as reference images. 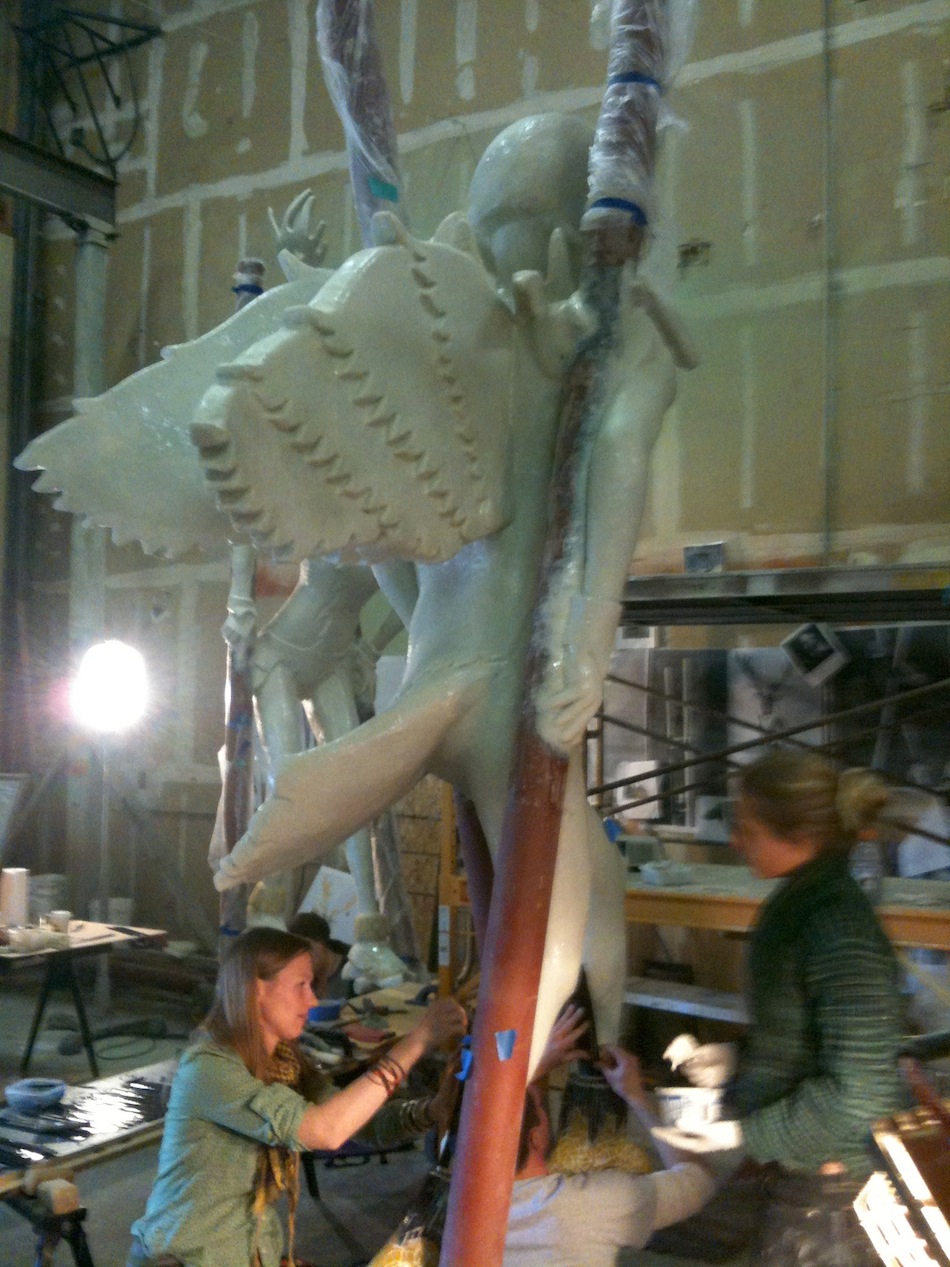 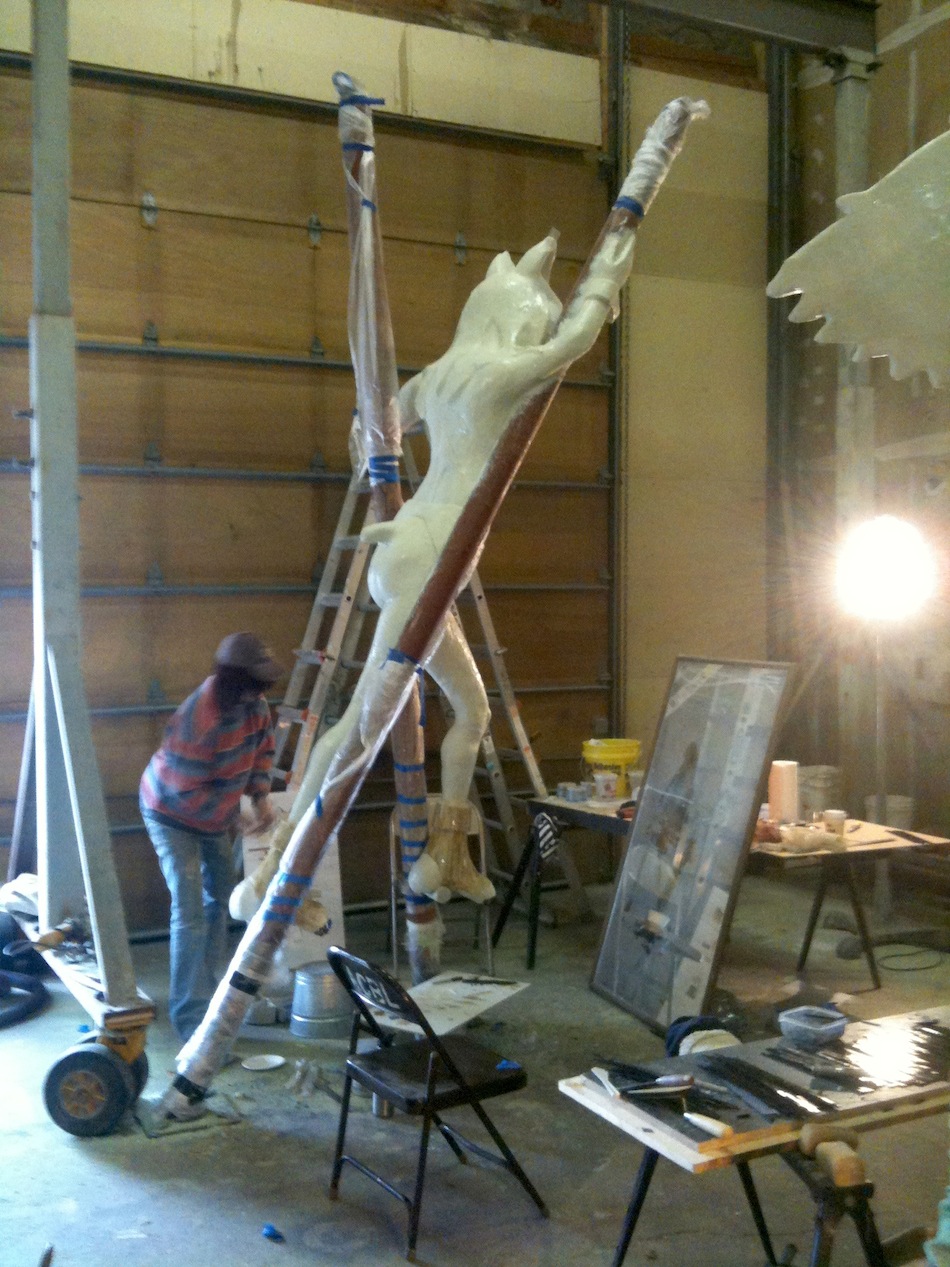 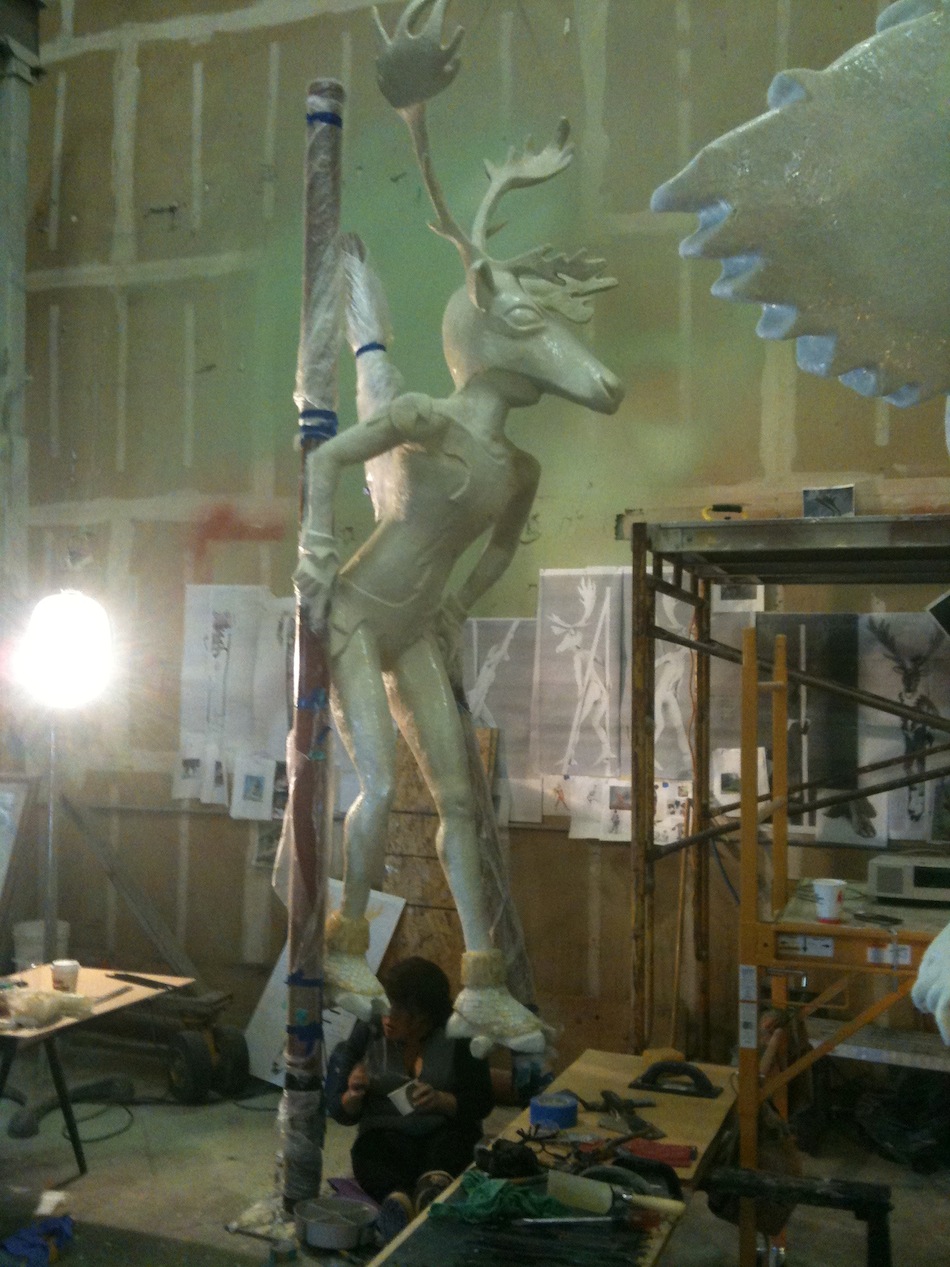 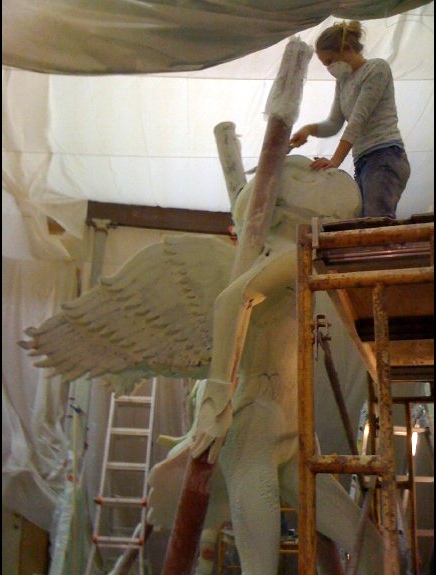 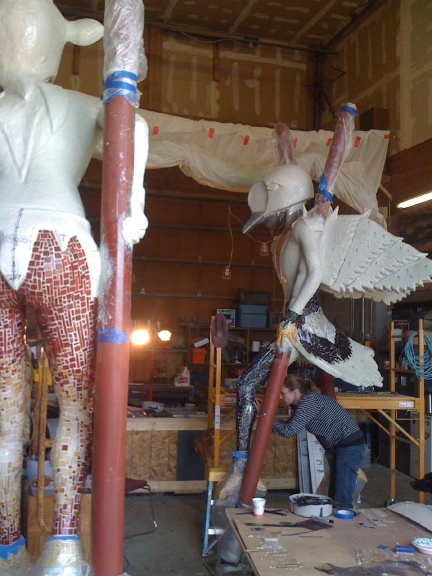 These prelimnary photos are from the Anchorage Daily News article. I'l post higher-res photos when I receive them, Since each piece was covered with thousands of glass mosaic tiles, the details will be worth seeing. (NOTE: This collage is reduced in size, to fit on this page. If you drag it to your desktop, it's actually 1280 pixels wide.) 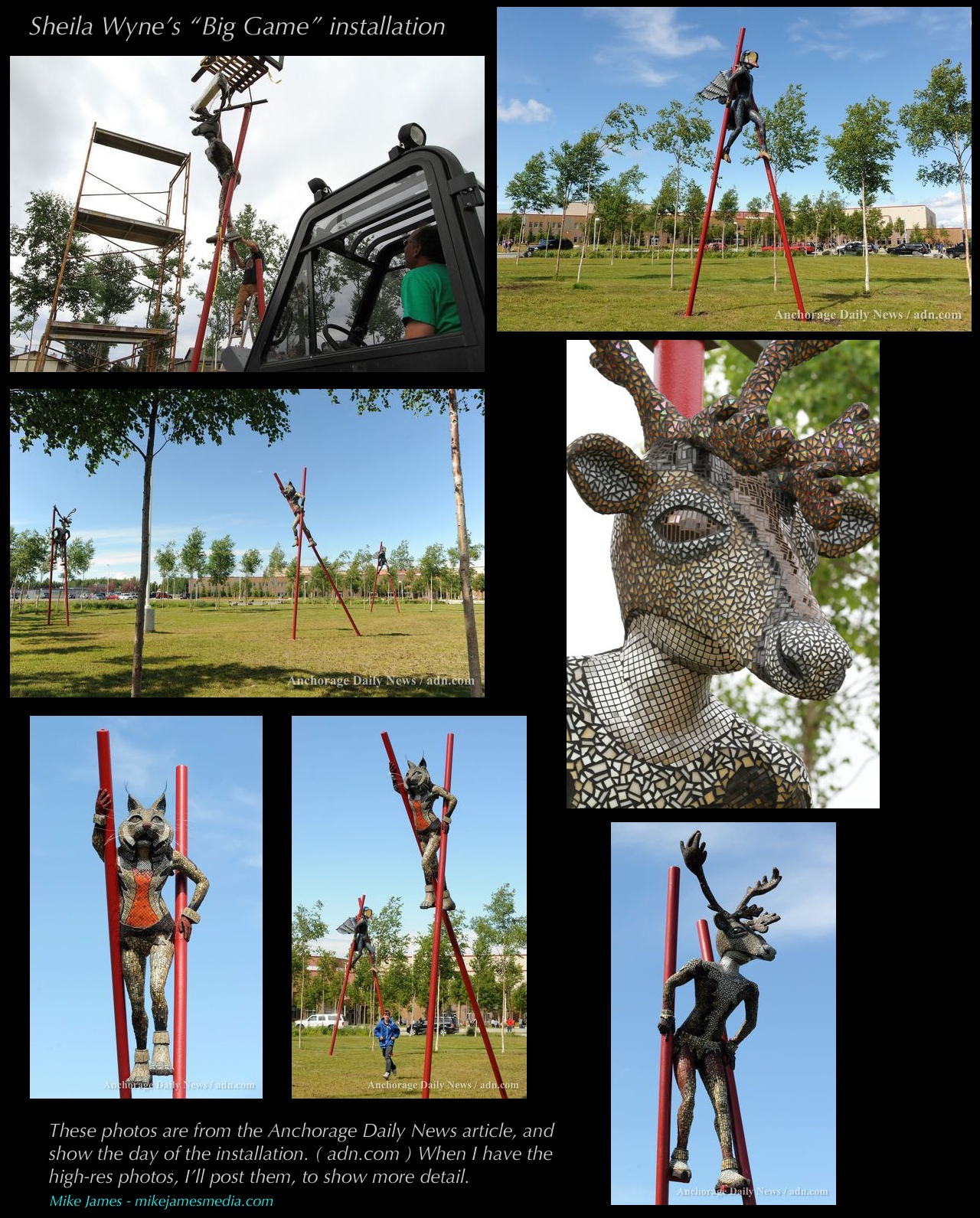