I've added a liner for the interior, and have begun to add some basic details, including seats with seat belts, and a basic instrument panel. I'll improve these over time. 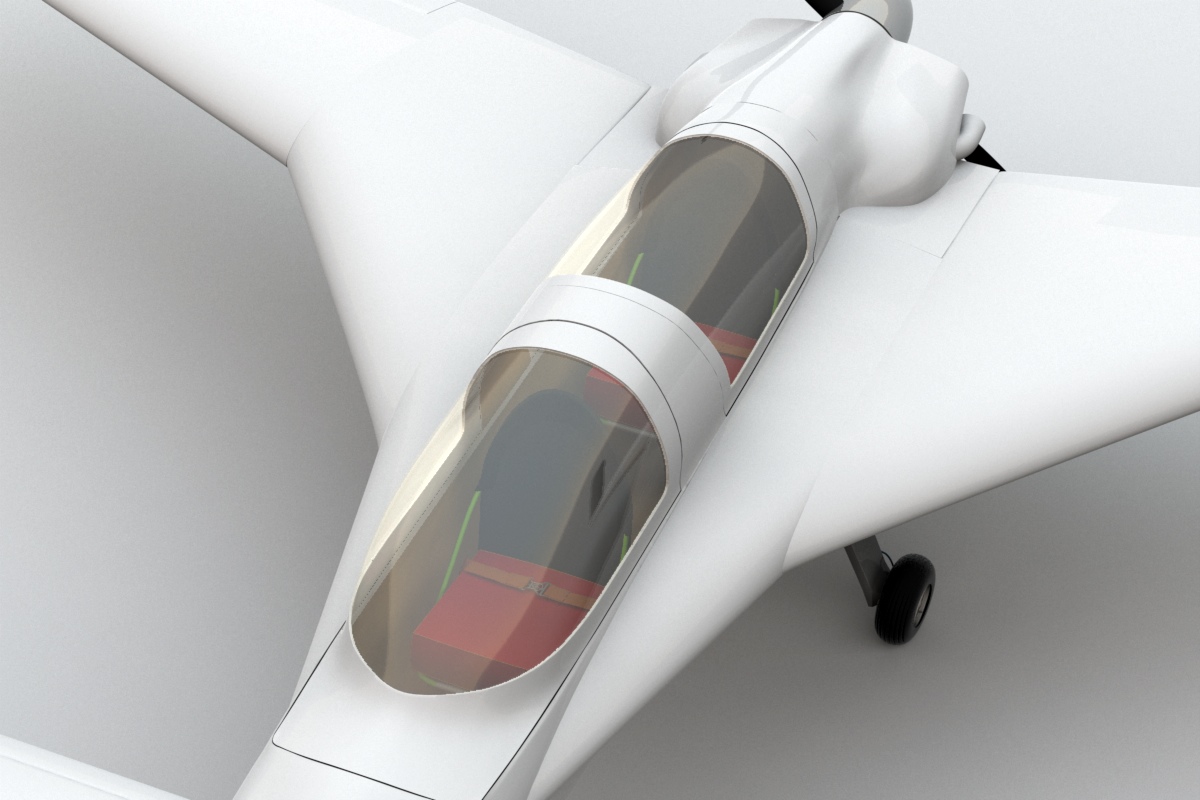 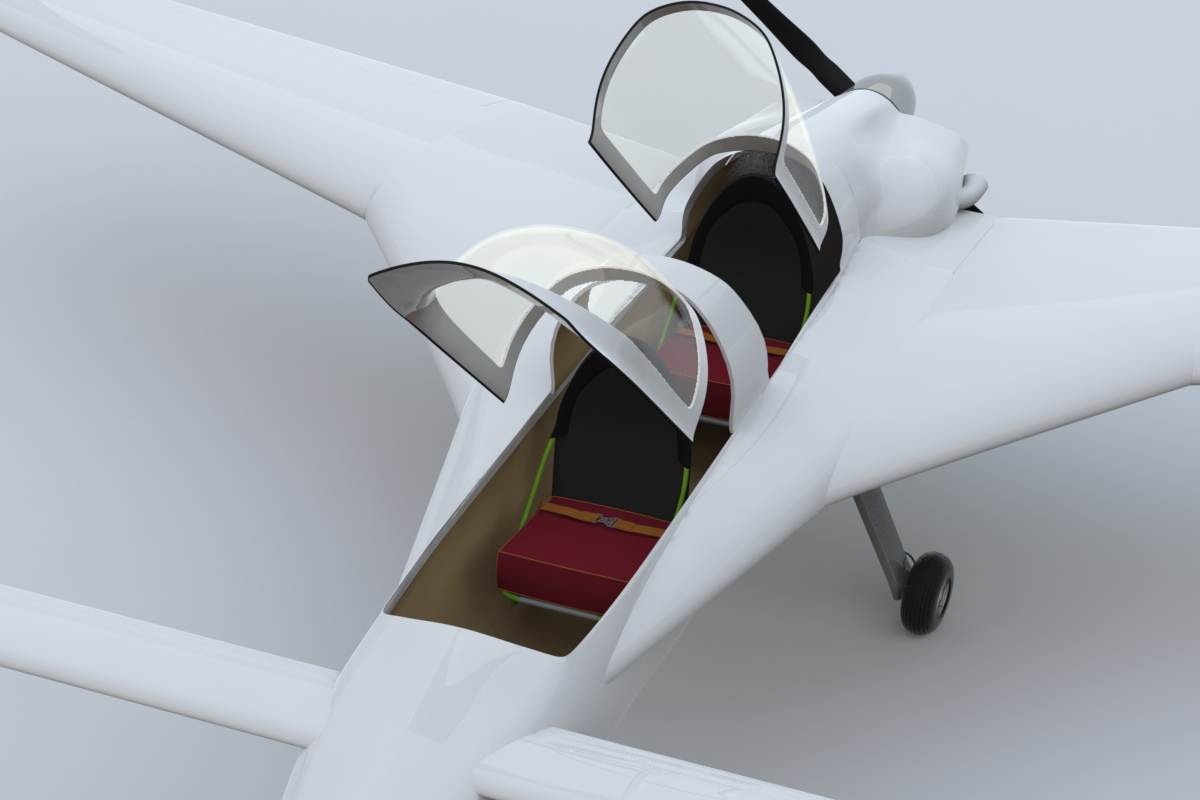 This view shows where the landing gear goes when retracted. Knowing this, I can now build the parts involved… Landing gear recesses, gear doors, etc. 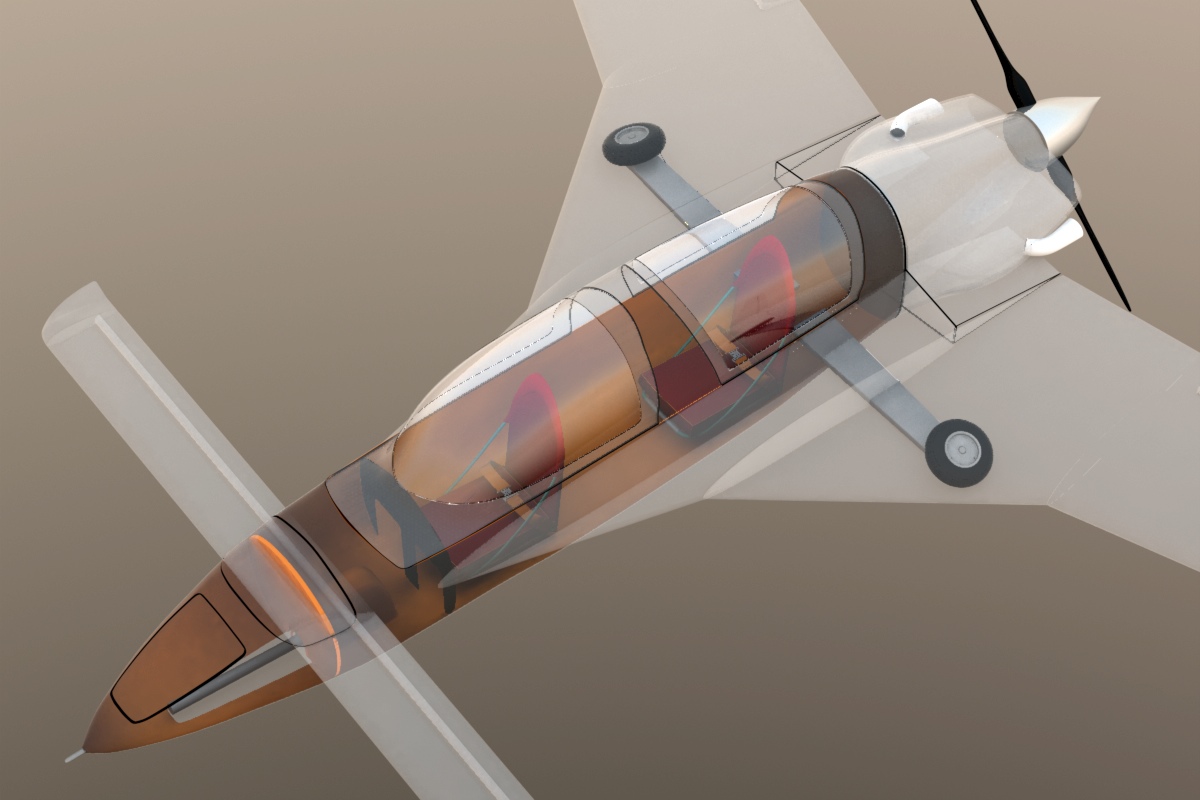 The next couple of renders show the recess built into the wing for the main landing gear, as well as the fit of the gear into the recess. This was a tricky problem, because the wing was built in subdivision mode, and it's polygon flow was, as you'd expect, in line with the wing's sweep/ From a top or bottom point of view, the landing gear recess had to built at approximately 90 degrees to the fuselage, which meant that the recess was 20 degrees or so out of alignment with the wing's polygon flow. The way I solved the problem was to take the wing out of sub-d mode, build the landing gear recess, using MODO's "stencil" tool, clean up the mesh a bit, then go back to sub-d mode. This worked out very nicely, with almost no increase in polygon count, so I included a tutorial on the process in my "Modeling with MODO, Volume One" tutorial. 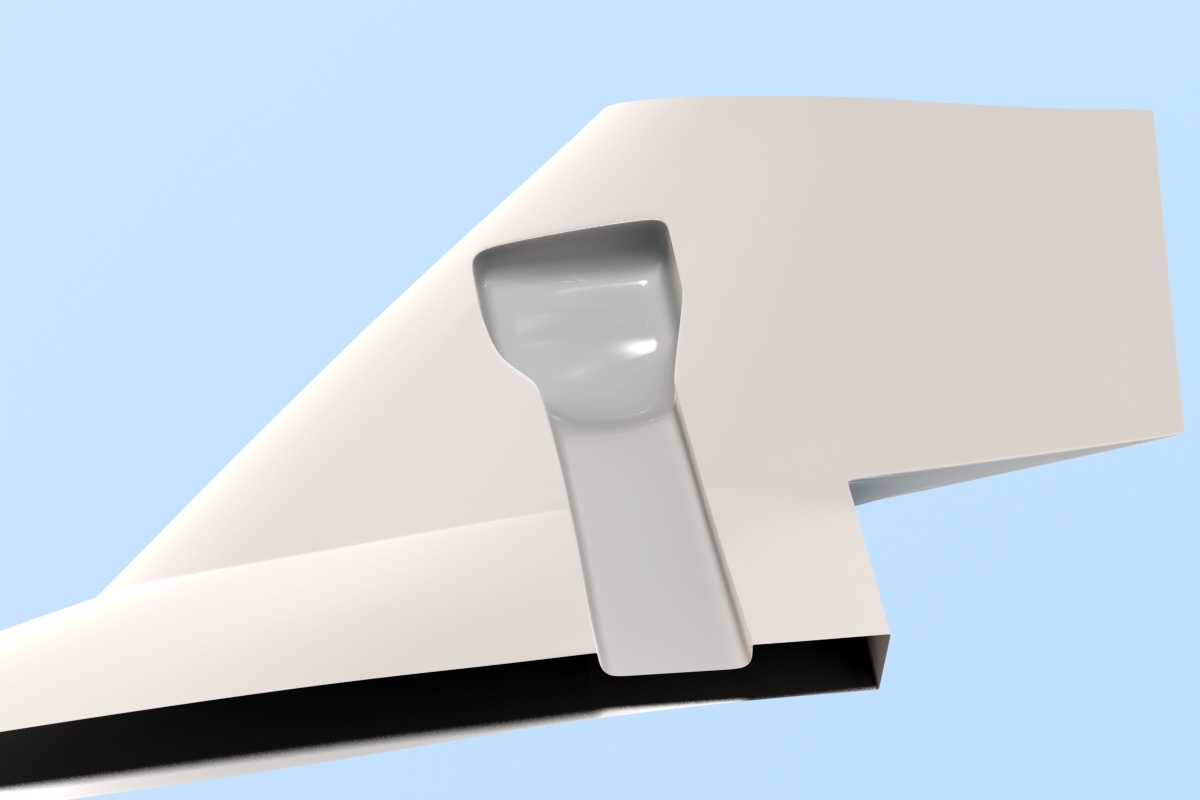 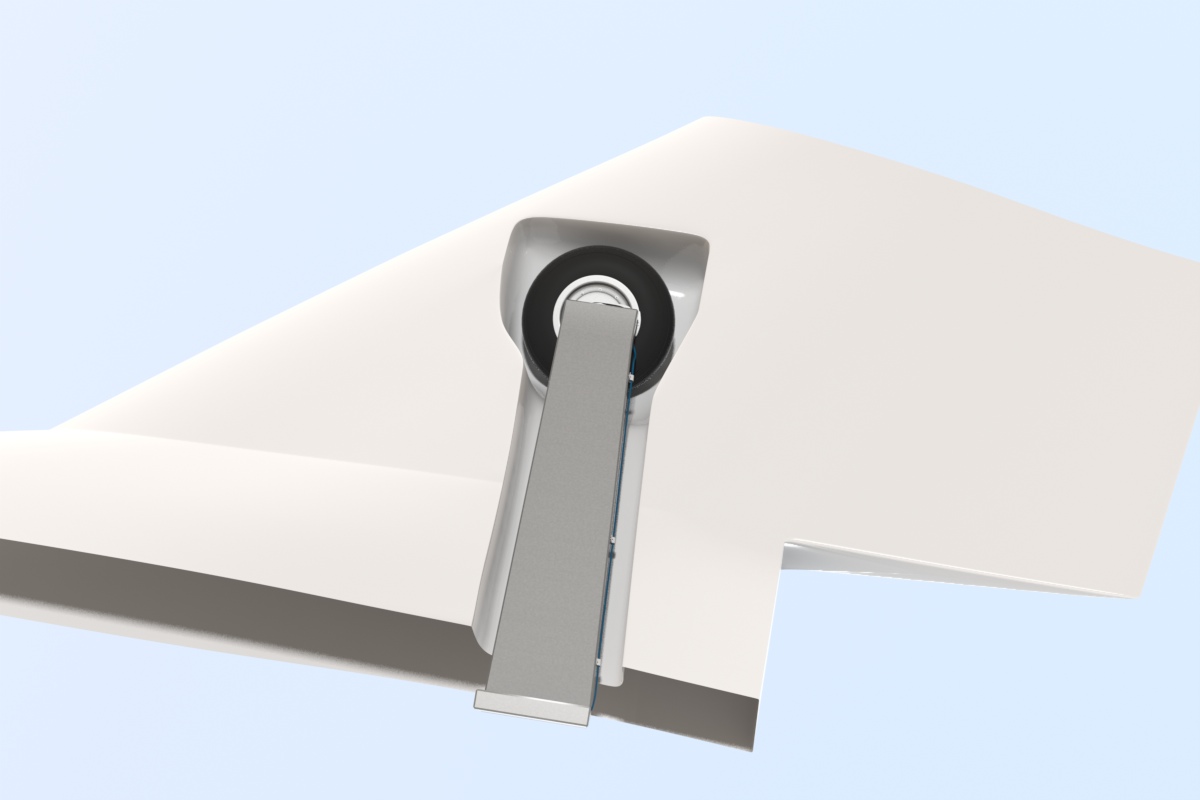 Here are a couple of renders, showing the gear in it's extended and retracted positions. (I still have to add a small door to cover the exposed area when the gear is retracted.) 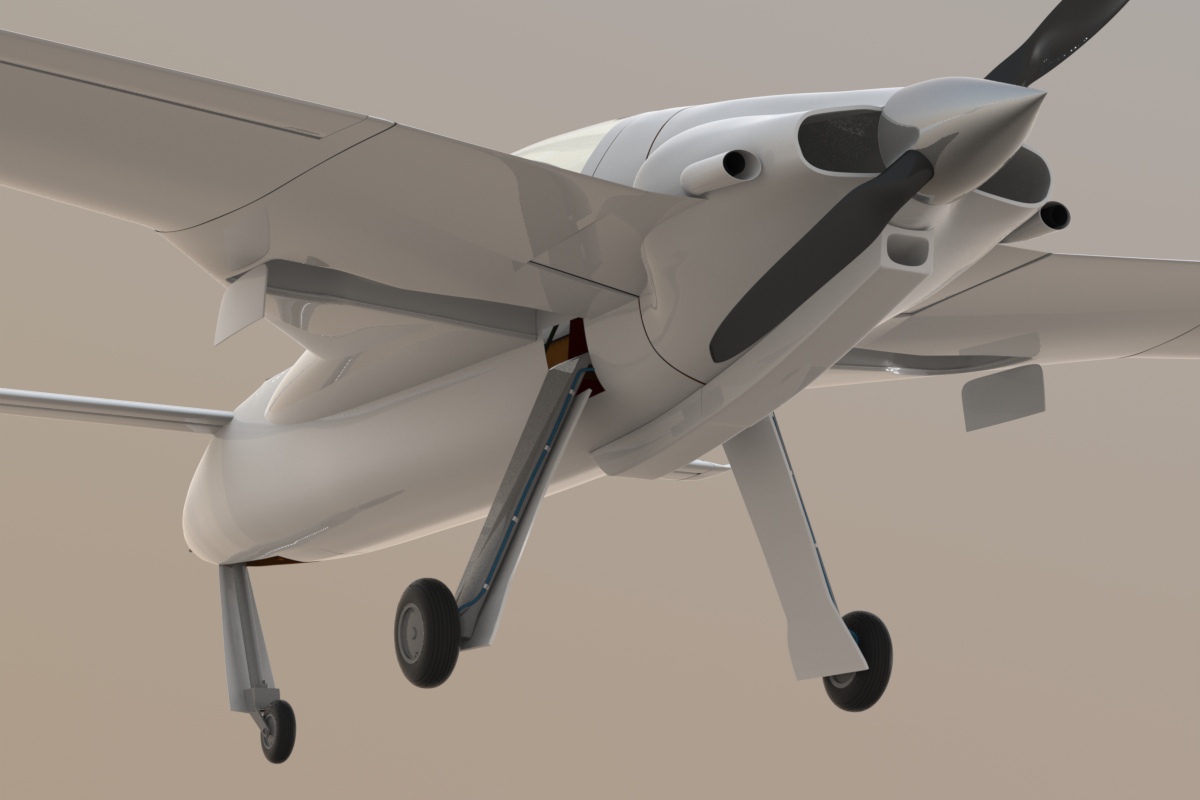 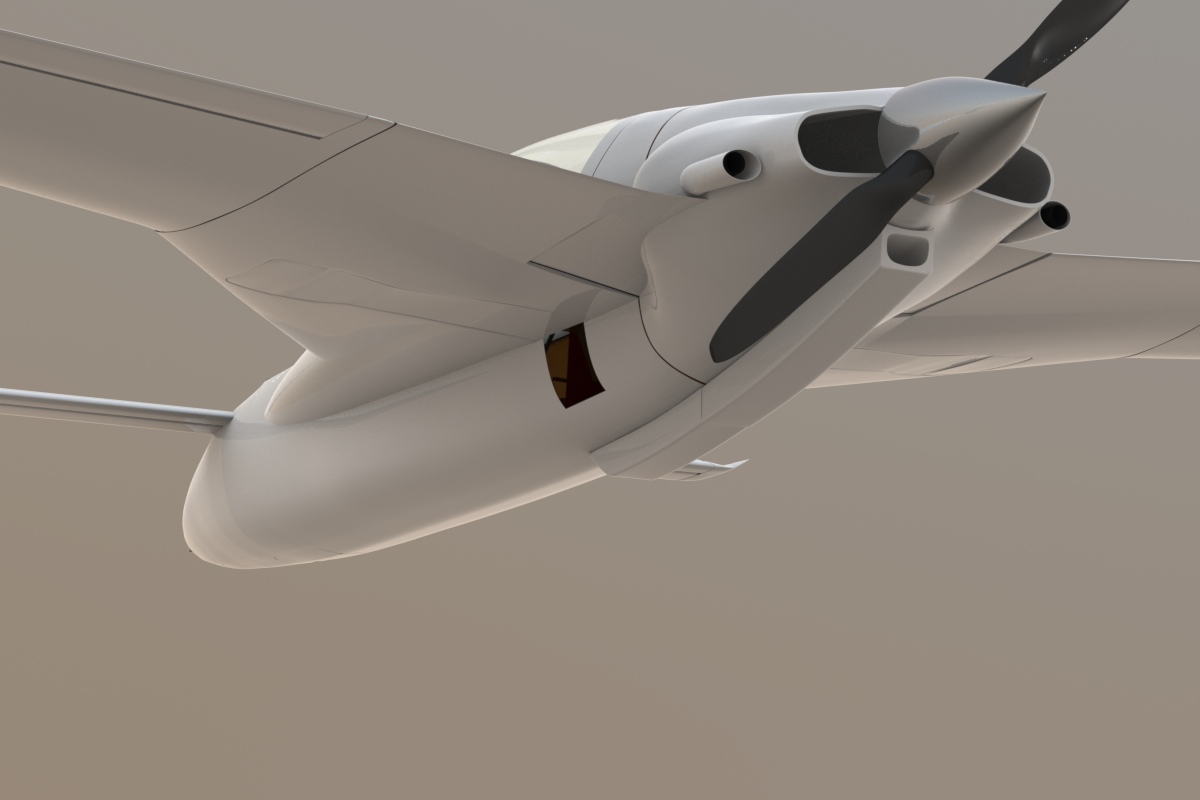 Both the Berkut and the Long EZ can adopt this posture when parked. 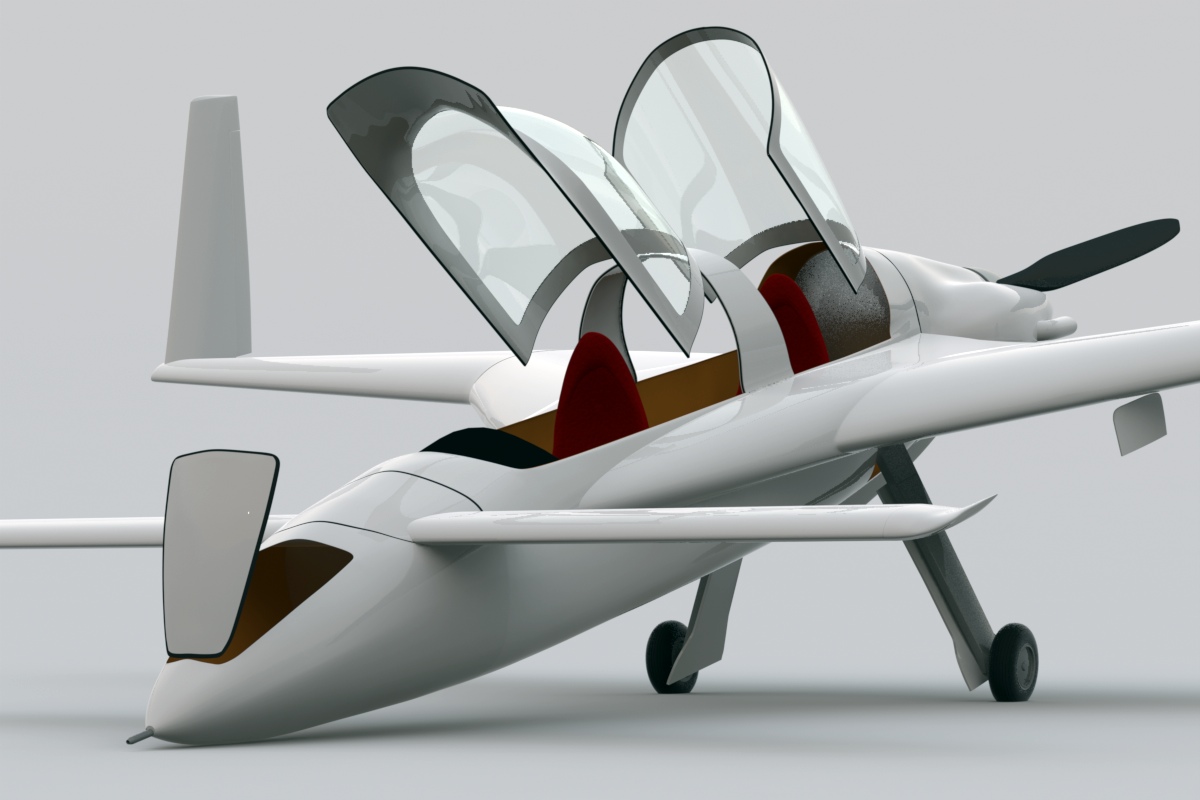 The major parts are finished. All that remains is to add further detail… Door hinges, cockpit interior, various rivets, fasteners, and handles, and so on. I'll update this occasionally, so check here for the latest.