MODO by The Foundry is, in my opinion, the finest 3D modeling tool set around. I've been immersed in MODO since September of 2008, and could not be happier. Support is excellent, and the online community is absolutely wonderful. So, while my past tutorial disks have been presented in the most generic way possible, this one will focus heavily on MODO-specific methods. The set is set up to navigate like a web site, and includes screen-capture video at 1280 X 720, with audio. Many of the models and files in the tutorials are included too. (See below.)

I'm an advanced user, but don't consider myself a MODO "expert". MODO's capabilities are so deep that it would take anyone quite some time to truly master all of the tool combinations. And, we all work differently, so it's my hope that sharing the way I've used the tools will give you some ideas as to what will work for your own projects. At the time of this DVD release, you might want to know that I've seen the latest The Foundry training materials, and have made a conscious effort to avoid duplicating that information. The main focus of this volume is on modeling techniques, project organization, and tips on conserving system resources.

Some of my favorite fellow artists have created step-by-step tutorials, in which you build a particular model, just as they built it. Clearly, some people like that approach. But when I watch these, I never build the model shown. Instead, I try to learn the methods, and apply them to my own work. So, as with all my previous tutorials, this one is aimed at showing you the methods and the results, but is not a "step-by-step" tutorial that ends up with you having built the same model I did. That's not the point. Learning the "how" is much more important than the "what", and so several files are included for you to use. The methods shown in this tutorial can be applied to any modeling task, so have fun with it, and go in your own direction.

This set focuses on modeling in MODO. It's an intermediate set of tutorials for those that have done some 3D modeling, whether in MODO or another 3D application.

I've used computers since about 1980, but am new, as of September 2008, to the MODO community. So if you're wondering "Who is this guy?", I've made a brief movie, outlining my background, which will hopefully putting this release into perspective.
(View it by clicking here.)

NOTE: To some, "CAD" is simply an acronym for "Computer-Aided Design" or "Computer-Assisted Design", while to others, it means vector-type data in 2D form, like the output you'd expect from architects. In the context of this presentation, it simply means "3D design".

There's a great deal of text content, presented in HTML pages, including discussions on modeling methods in general, as well as MODO-specific concepts. Subjects include texturing in sub-d vs. hard polys, MODO's selection tools, renderable curves, keeping your mesh clean, gamma effects, etc.. The articles below are highlighted because they contain image examples and/or screen-capture video. 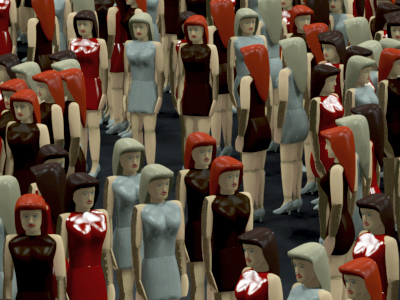 Most of the projects below are documented on my online web site. For your convenience, those articles are included in their entirety, as "Reference Articles". The tutorials themselves are all new material, not shown in those articles, and focus on the items shown in the "Purpose" column below.

I've followed this aircraft's development since the mid 1990's during the YF-22/YF-23 competition. I became obsessed with building a model of it after witnessing Major "Max" Moga's flight demonstration here in Anchorage, and set out to find all the documentation I could.

Research was a nightmare, due to security concerns, but it did teach me some methods of extrapolating accurate data for a model that I might not have used, otherwise. These methods work for any poorly-documented model subject. 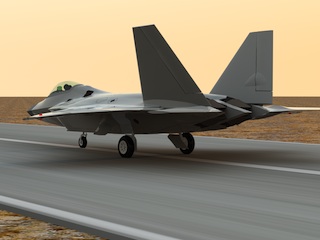 This project began on a whim, and mushroomed into quite a complex scale project. During the research phase, I was introduced to THE two people who have the very best documentation on the aircraft, and they were willing to share it with me. This is an interior-to-exterior, accurate model of an important historical aircraft. Because this wasn't just exterior surfaces, I was able to use a variety of techniques that I hope you find useful for your own projects. 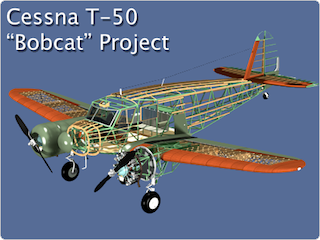 Thanks to two engineers at Piaggio, I was able to obtain fantastic documentation on this aircraft, and tried hard to take advantage of that, by building parts that would normally be done via guesswork. Some of the most precise parts were made using boolean operations, and in particular, the "stencil" function in MODO. The results speak for themselves. I got great results on this high-poly model, and will show you how it was done. 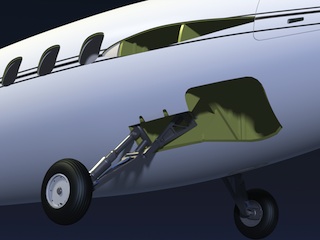 Use of MODO's special features…

I'm a lifelong drummer, so this one was a natural for me. While simple in it's overall nature, the hardware was a challenge, and that's the main focus of this tutorial. You'll learn how to create your own parts and use instances, and there are a variety of parts included, to make your own drum set. These methods, which involve a lot of instancing, are useful on any hardware-heavy project 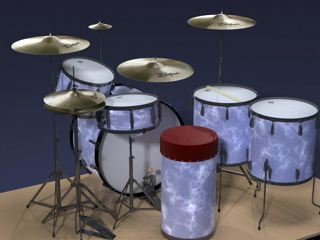 Conceptualize at high speed, for visualization.

This section shows a variety of models, including a 2-person submersible, a 2-person flying "shuttle", a large "future Hummer-type" vehicle, and a variety of computer-related gadgets, All of those models are included. (See below.) This is how I model very quickly, mostly using sub-d methods, to create concept art for clients who are in a hurry. 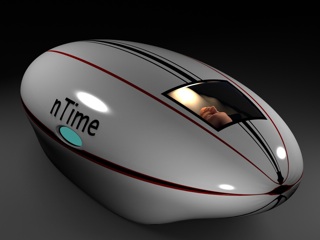 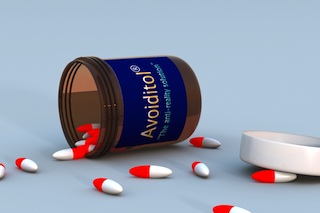 Spline cages are one way to create a variety of meshes at various resolutions, without as much work as rebuilding from scratch. They also allow for a unique editing capability.

Retopology can be used with or without spline cages, and also provides some unique editing possibilities. Used with sculpting tools, it's a great way to work, on certain subjects. 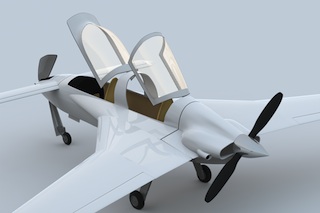 My concept for a place to live and work, if money was no object… in the style of the large "villain complexes" seen in James Bond films.

When you build a large project at actual scale, there are several scaling, lighting, and texturing issues, and this article shows how I dealt with them, conserving resources. 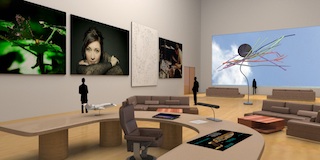 Originally requested by a SolidWorks user who emailed me, this article shows how I created the cables and pulleys for the control system on my Cessna T-50 project. (done in MODO 302) With the arrival of MODO 401, there are other methods you could use, which are also shown here.

This project again pointed to "extrapolation", as a means for producing accurate results. In this case, it was the simple fact that the cables couldnt be allowed to pass through other objects. 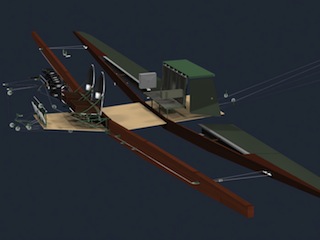 I do a variety of 3D visualization projects for others. This section focuses on the challenges, and their solutions, involved in two projects for artist Sheila Wyne. Both were organic in nature, and because of ongoing editing during the process, required different approaches.

Using these projects, as well as the Cessna T-50 project as examples, shows that MODO's sculpting tools have a valuable use with non-organic subjects as well. 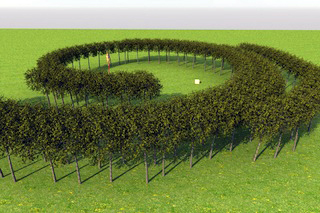