For the complete article on this aircraft, click here. The model is now available in the Boeing "Dreamliner" color scheme, as shown here.

Note: All of the images on this page are actually 1600 pixels wide, so if you drag them to your desktop, you can view the larger versions. 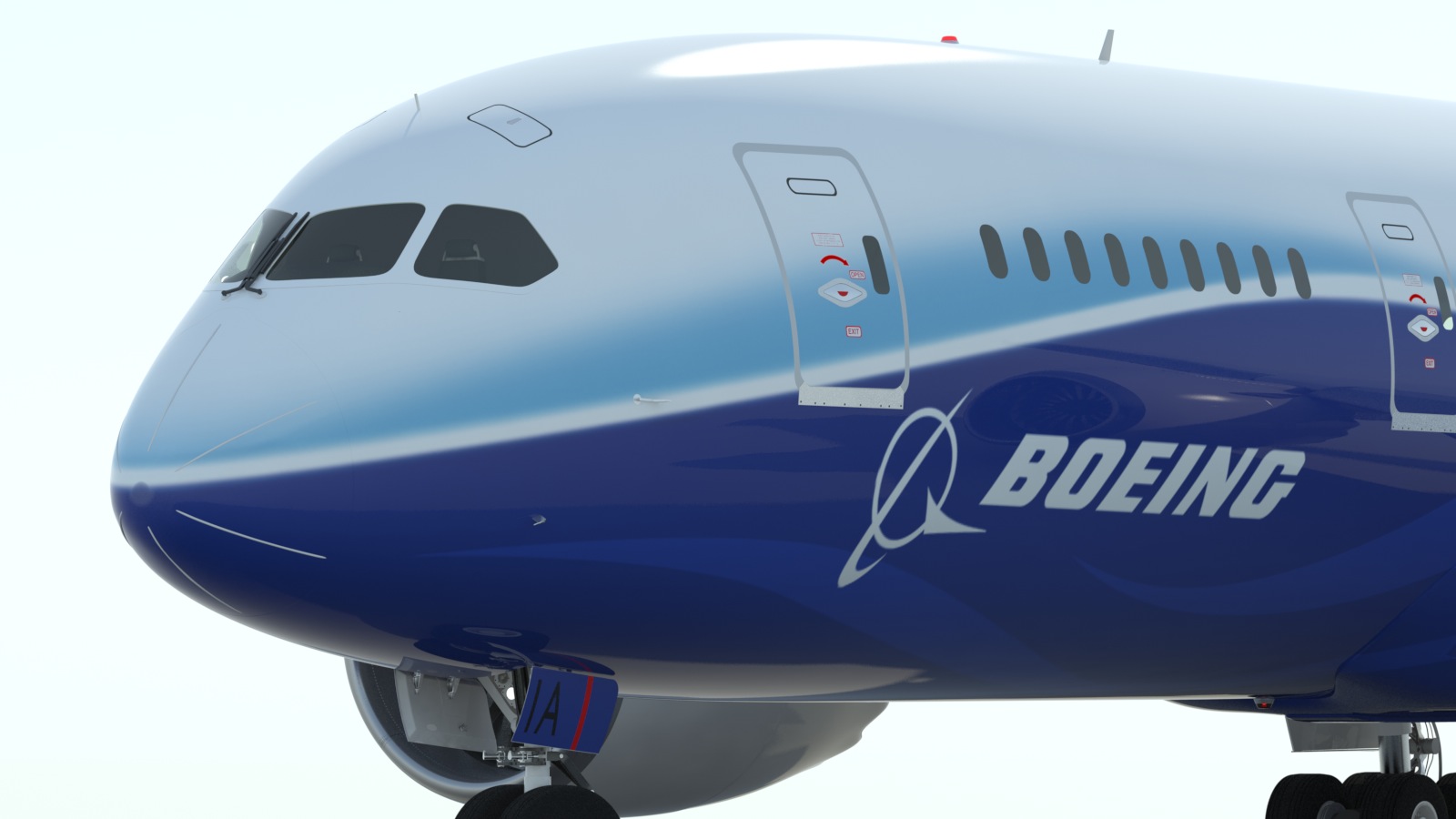 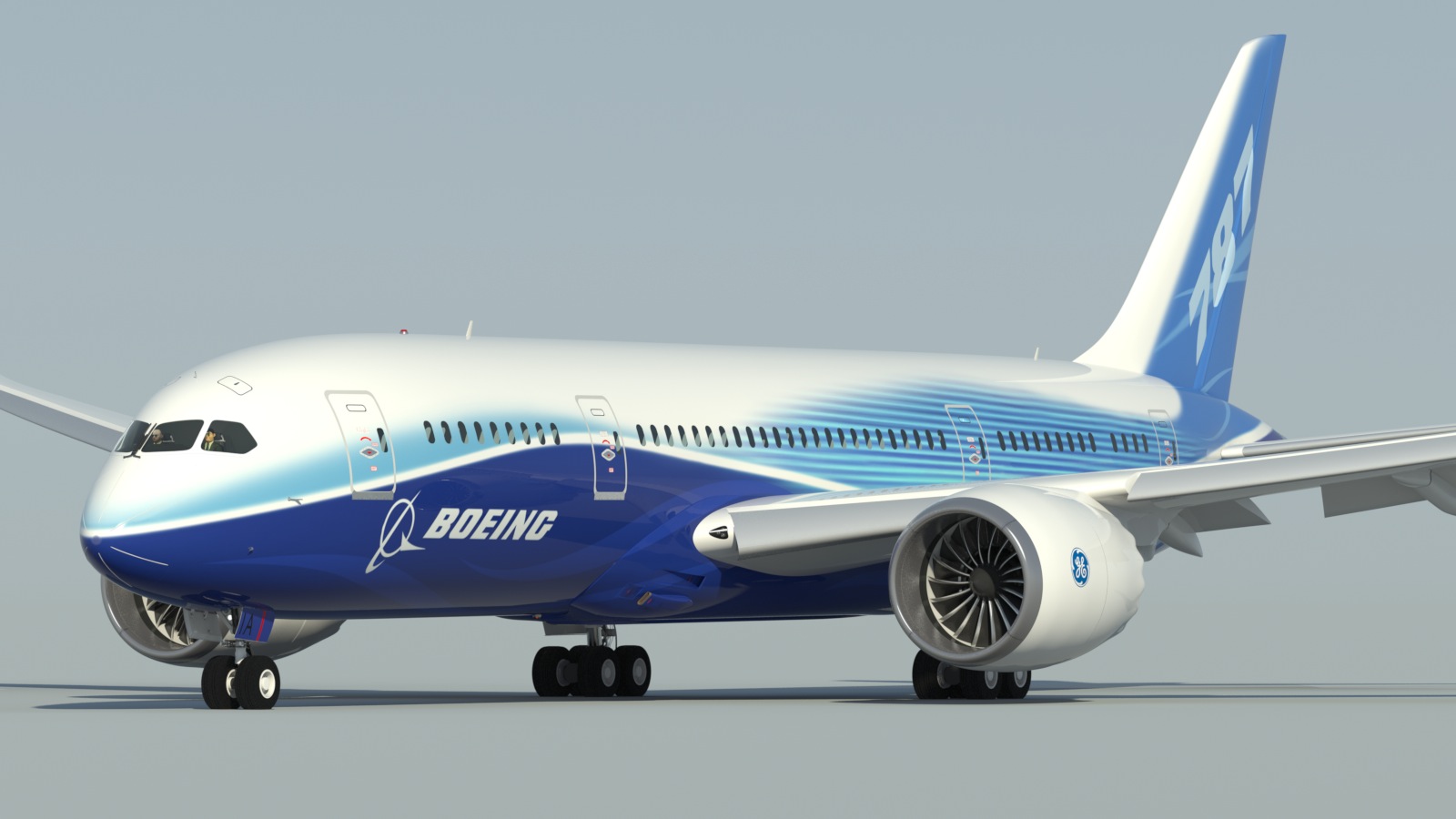 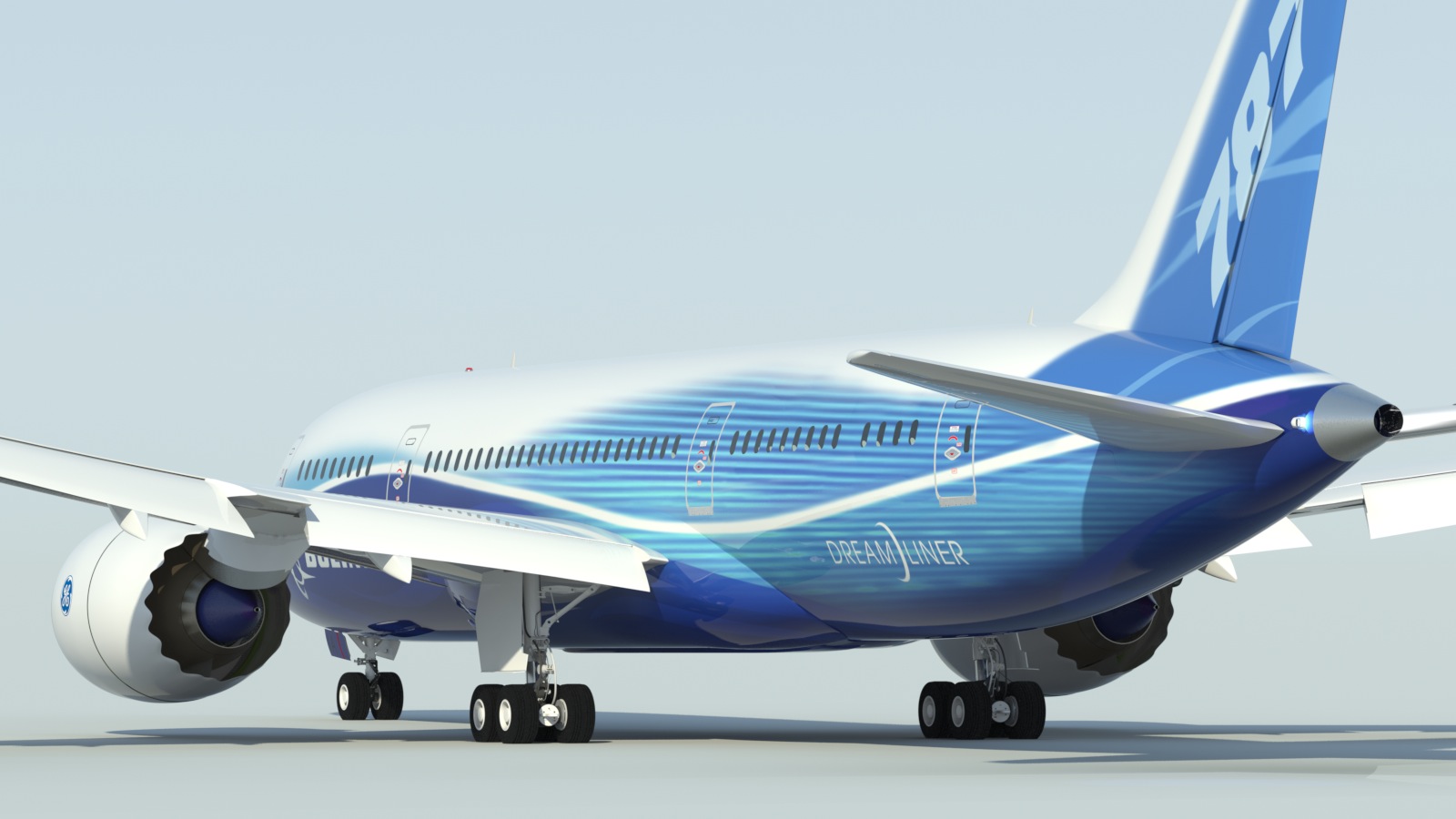 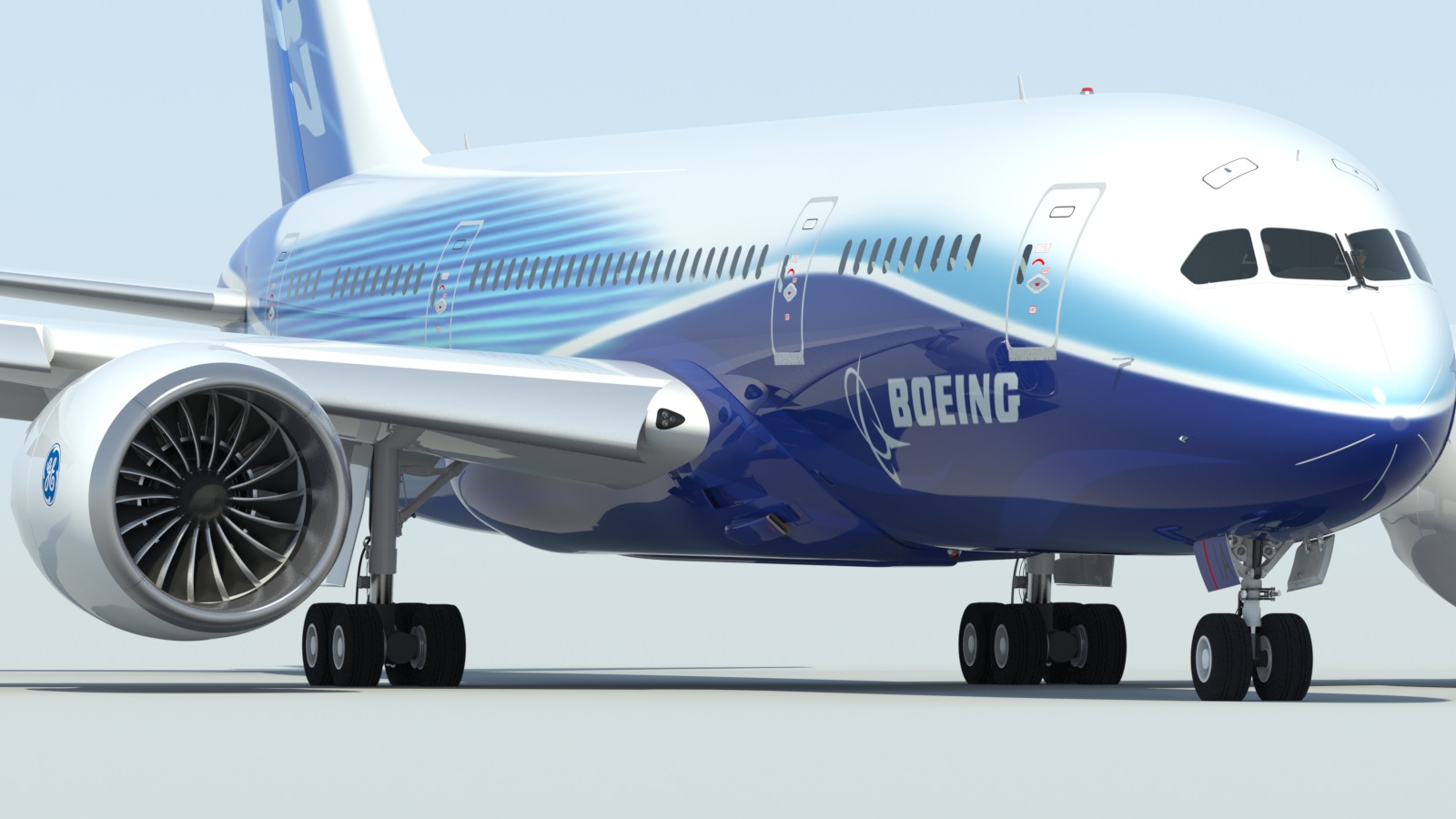 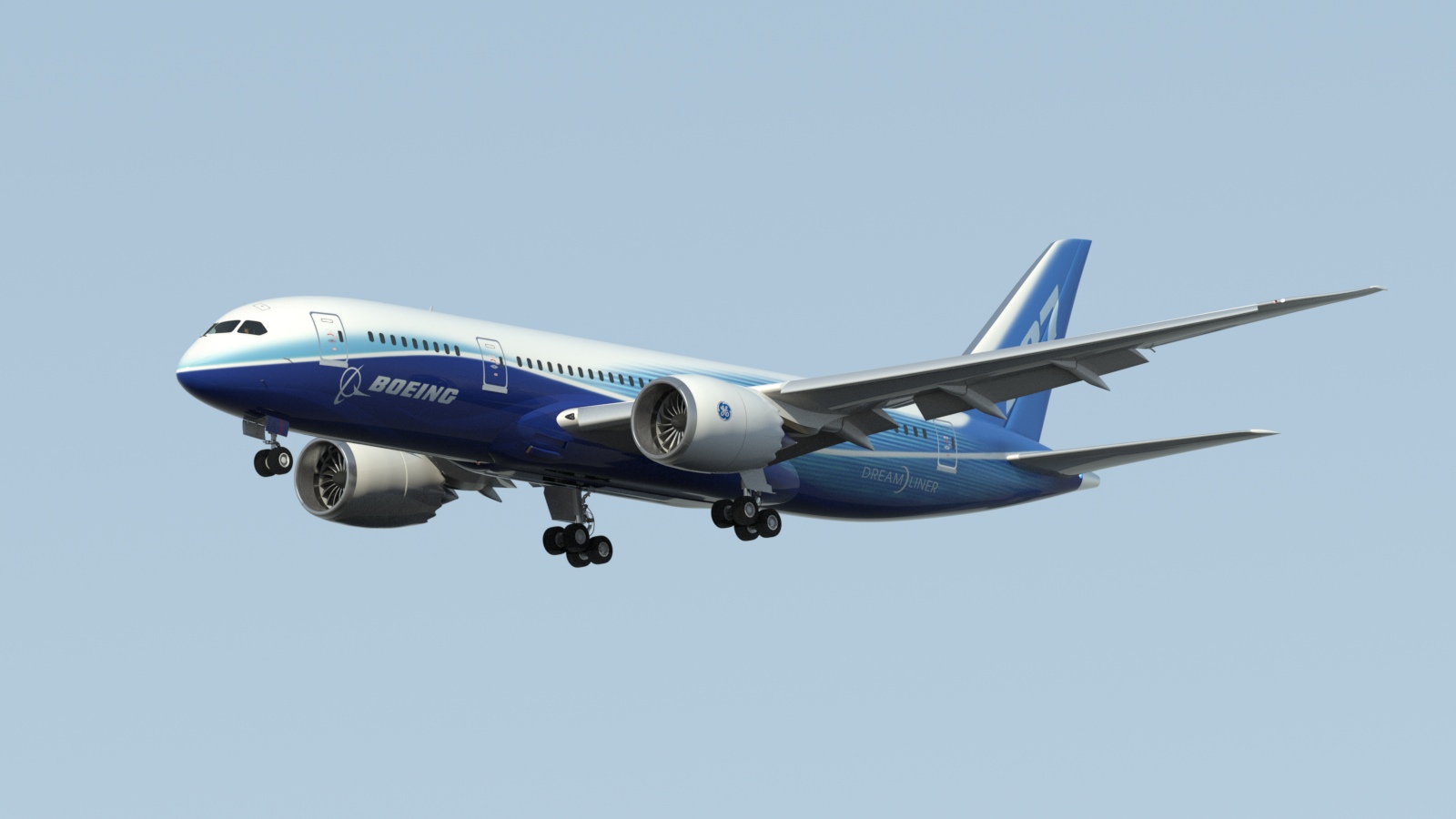 As part of my "2013/2014 Rebuild/Up-Res" project, I've added quite a bit of new detail to this project. First, the fuselage shape was improved and all window and door openings were re-cut. Next, I tackled details on the wing, including it's basic airfoil shape, special light fixtures on the wing tips, and have now included the ability to flex the wings all the way from their ground static position, to the Boeing "150% design max" limit. The cool thing about the wing flex is that since all the surfaces deform uniformly, all the control surface rigging still functions. Soon, I'll be making some major improvements to the landing gear, based on some new information. The GEnx engines have also received a major overhaul, and are looking more authentic. Aside from general fan shapes and placement, there have been rivets and other details added to the nacelles, as well as operating thrust reversers. As of winter, 2013, the model is about 100 mb in native .lxo format, and is rendering about 40 million polygons.

All of these features are now included in the model, and all are operated by simple sliders in two separate popup HUD-type controllers. All wheels rotate properly when the plane moves, and the engine fan blades are animated. I'm also working on an "override" for the flap/aileron controls that will enable more realistic flaperon functions, and expect that to be functioning soon. I'll probably even animate the windscreen wipers, since they're built more properly now.


Renders of the aircraft during the earlier building stages: 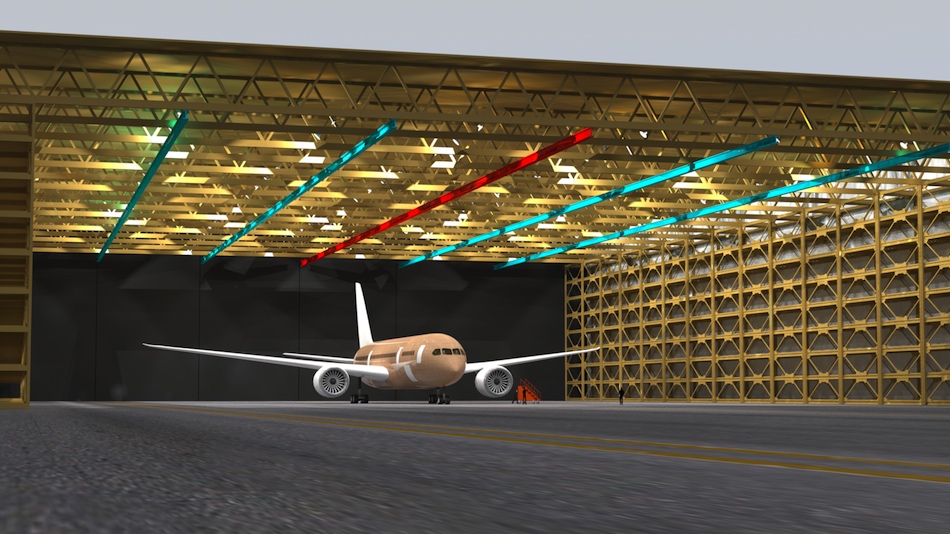 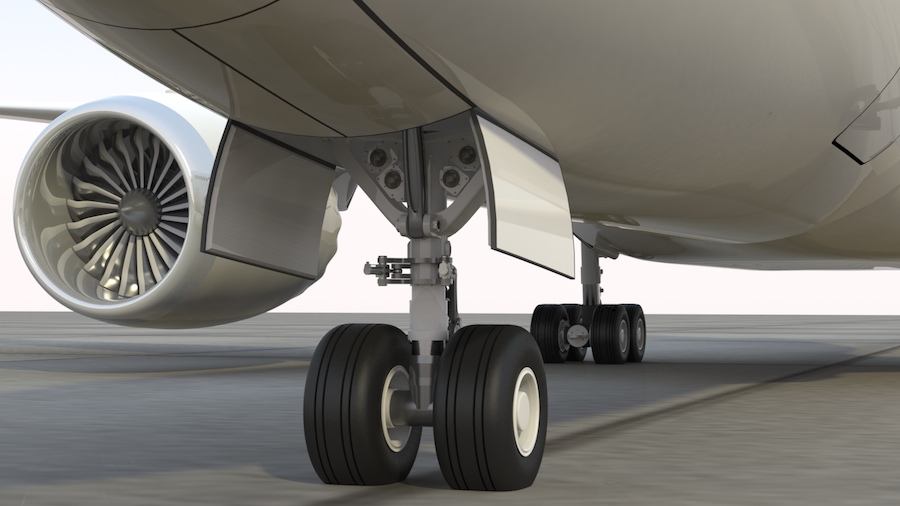 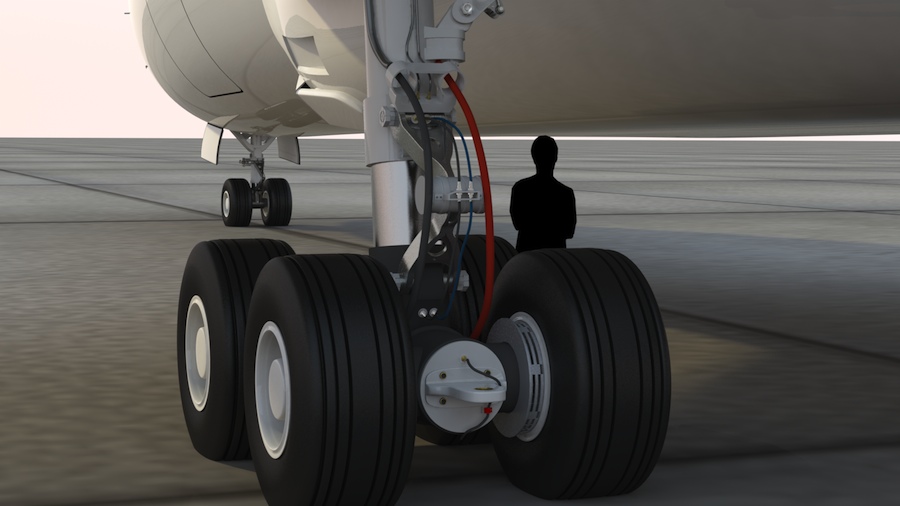 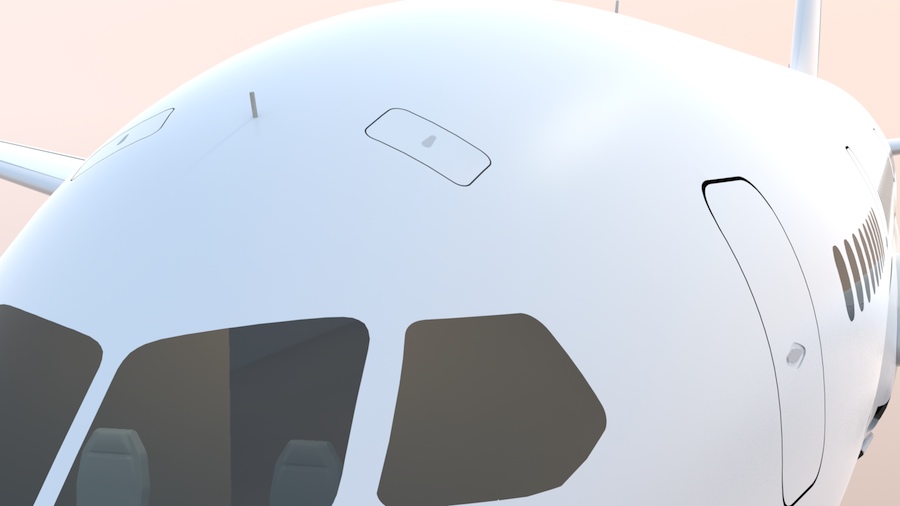 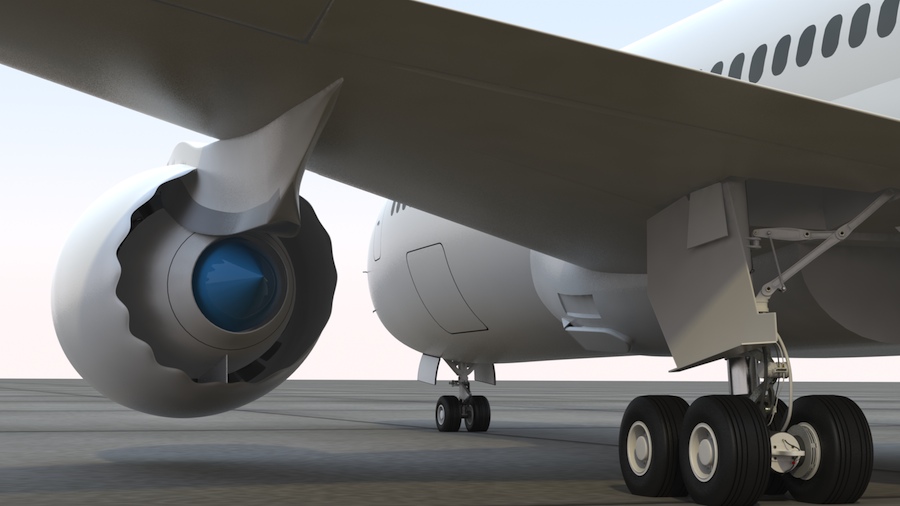 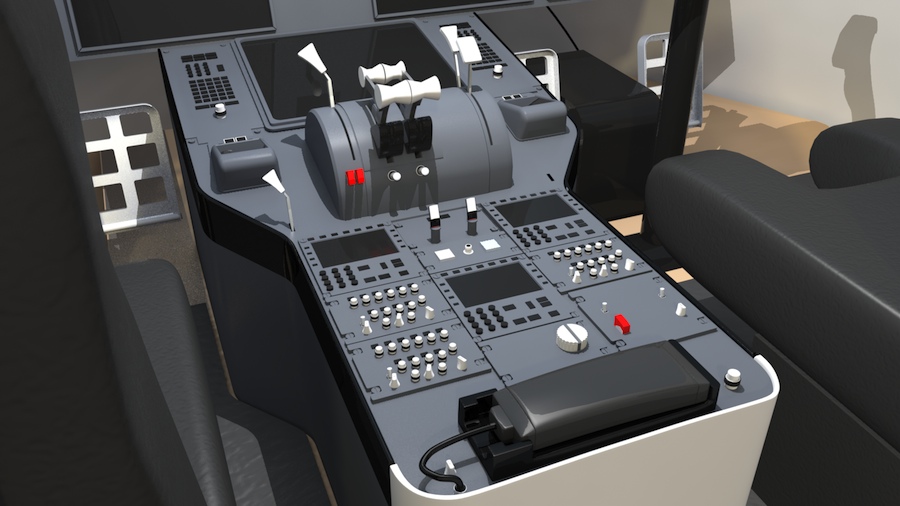 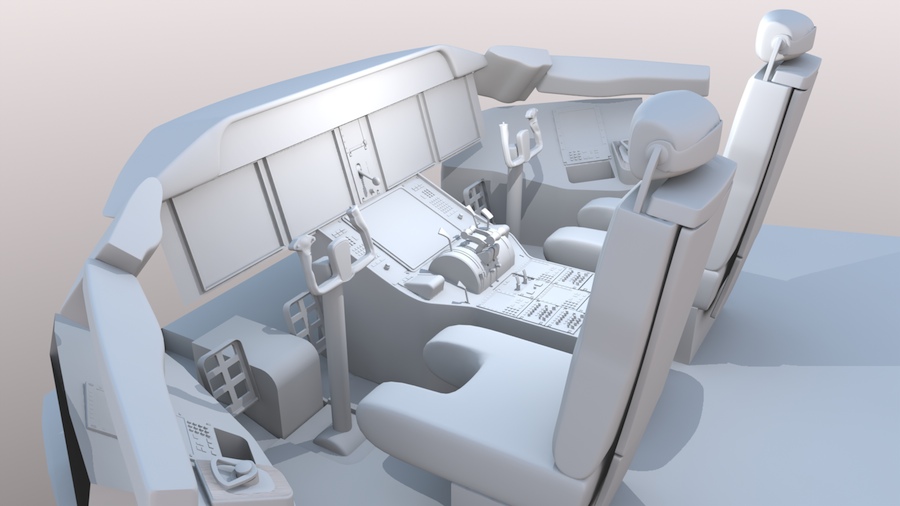 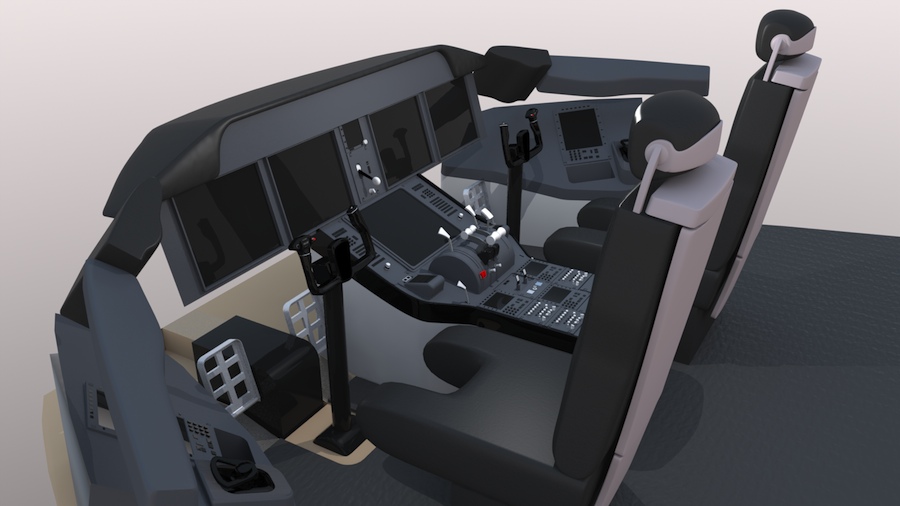 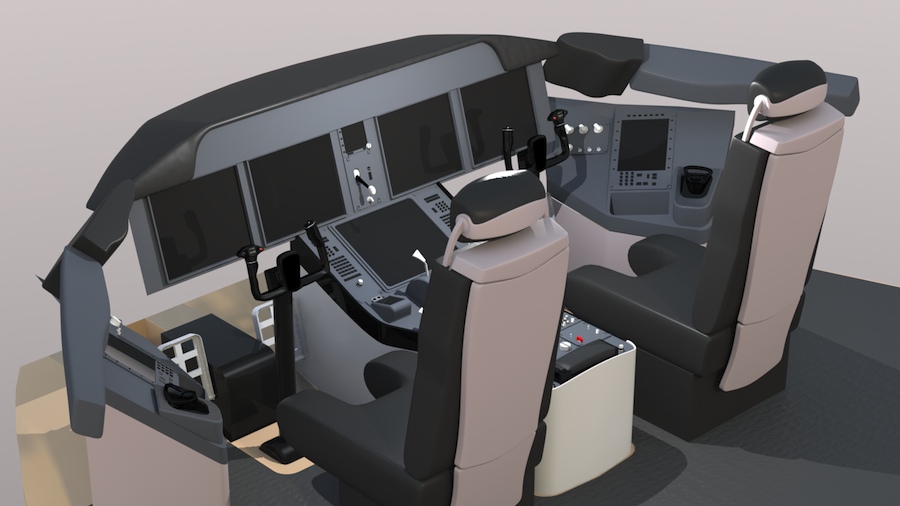 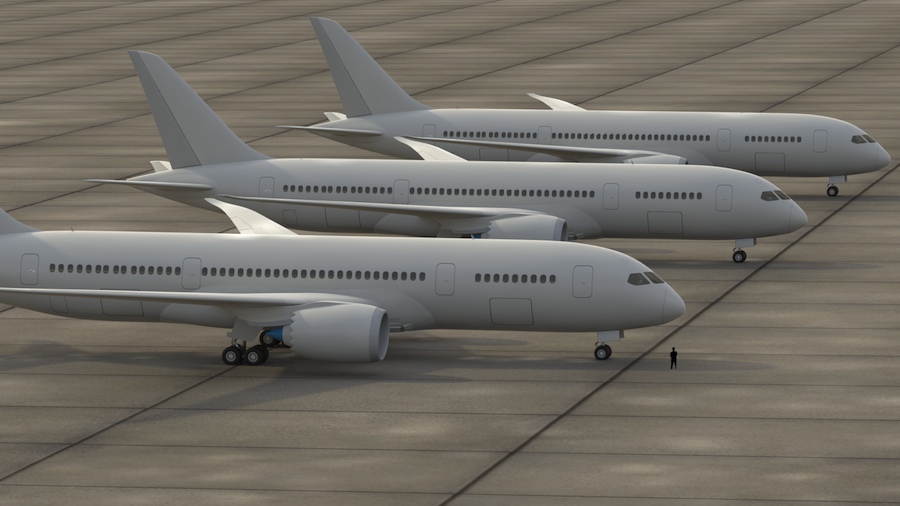 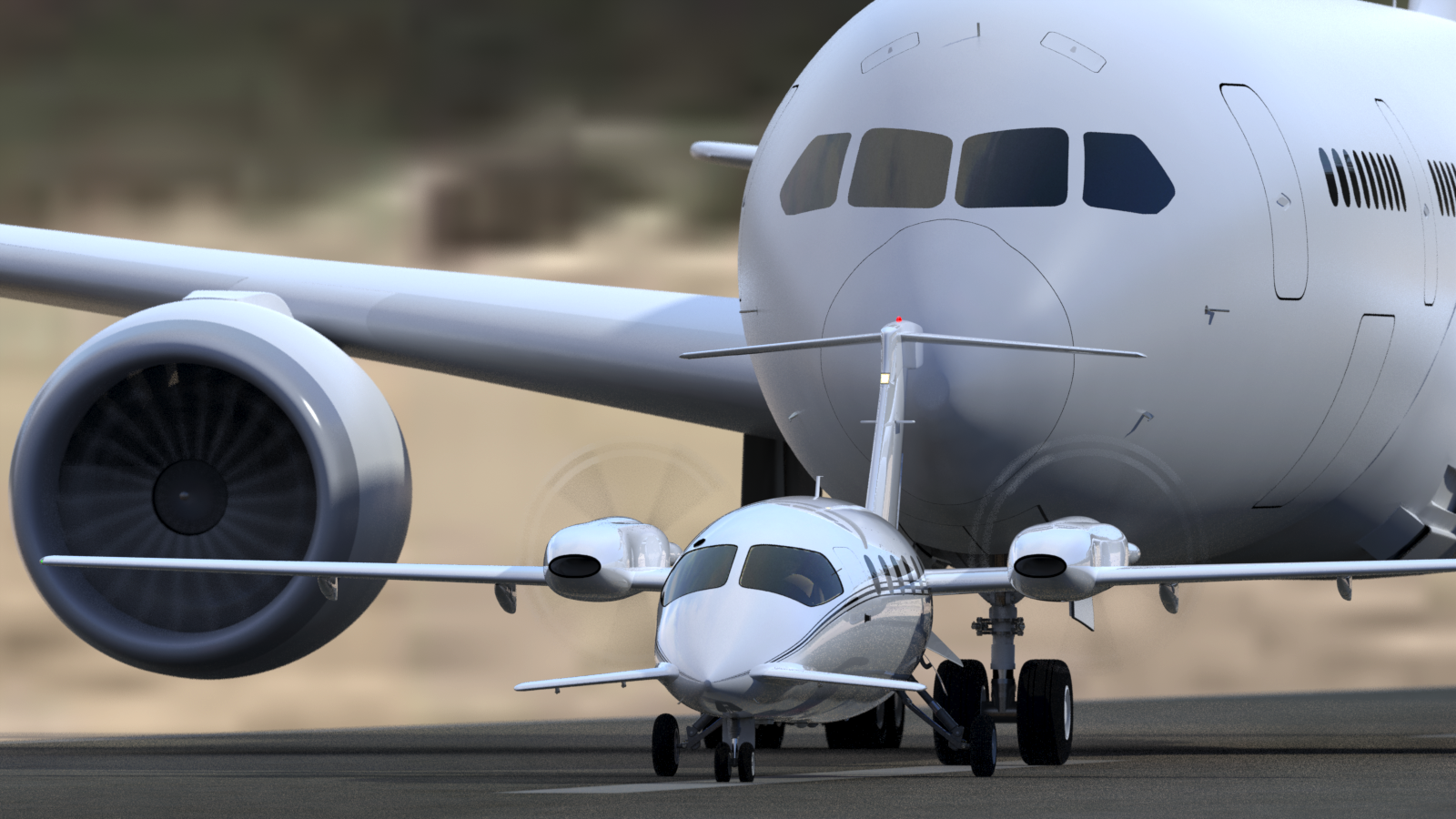